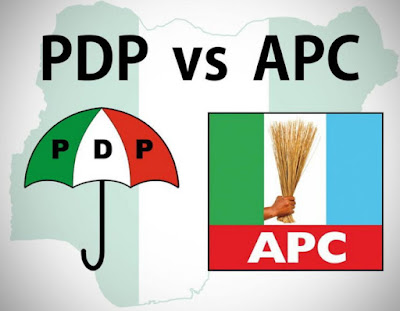 Nov 10, 2015 – Nigeria’s Justice System Vs Corrupt Politicians: Is This The War On Corruption? By Chima Chime

Any careful observer of the interaction between Nigeria’s justice system and the political attacks on non-conformists will immediately surmise that Nigeria’s justice system is under attack. Similarly, as democracy is aimed at enshrining institutions and precedents for the common good, and not to serve vested interests, people have started to notice that the way and manner our investigative bodies and our courts are handling certain legal cases, does not bode well for the future of our great country in the long-run.

During the 2015 general elections, the All Progressives Congress (APC) presented its manifesto to Nigerians with promises of fighting corruption and prosecuting those found guilty of corrupt practices irrespective of class, status, and party affiliation. Nigerians had high expectations of having a corruption-free society in no time. Now that the present government has been sworn into power, things are now taking a different turn from what was earlier promised.

The rise to power and the subsequent intended-purging of chosen targets in the political space, one by one, group after group, has become the order of the day.

So far, we have witnessed arrests, re-arrests, court cases, court hearings, EFCC invasions of private properties, public harassment and embarrassment of Nigerians both in power and out of power. It has also become apparent that only members of the opposition party (PDP), and people who supposedly do not bend to the whims of the present government have been through this ordeal time and time again. Now, I ask: “Is the promised War on Corruption?” Also, “Can corruption be used to fight corruption?”

First, it was the former National Security Adviser (NSA), Sambo Dasuki. Having been alleged to have orchestrated President Buhari’s arrest over three decades ago, the Department of State Security (DSS) violated the law by harassing him when the case against him was already before a court. Even after Justice Adeniyi Ademola of the Federal High court ordered his passport returned to him to enable him to go abroad for medical treatment — an order from some highly placed people was given to the operatives to effect his arrest at the airport.

Godswill Akpabio, the former Governor of Akwa Ibom State, and the current Minority Leader in the Senate, was then next on the target list. We all saw how he was being tossed around like a child — arrested one day, released in the evening of that same day, then re-arrested again the next morning. Have we lost our value for human rights? Whatever happened to due process?

And now, the Code of Conduct Tribunal (CCT) has subjected itself to being used as a tool by some highly placed and masked puppeteers to persecute the President of the Senate, Bukola Saraki, who many seems to pose a threat to the future ambitions of some nameless 2019 contenders. According to Comrade Shehu Sani, the Senator representing Kaduna Central, the people going after Saraki think that by pinning him down with a case of corruption, he will be discredited, thus, making him unsellable for the future.

Saraki is not just being tried by an incompetent court, but by an incomplete tribunal. Constitutionally, the CCT should have a three-man panel. However, given the need by the political interests to expedite the case against the Senate President, perhaps to remove him before he becomes even more of the ‘perceived threat’ that they think that he is, the court has been sitting with only two members – a breach of Paragraph 15 (1) of the Fifth Schedule of the Nigerian Constitution. Furthermore, to add insult to injury, the court has insulted the superiority of the Supreme Court by going ahead with the trial, even after Saraki’s lawyers made it known that they had filed a case before the apex court of the Federal Republic.

In addition, with the way and manner in which Saraki’s case has been handled, his fundamental human rights are being trampled upon as well. In respect to this, Saraki has sought for the intervention of the High Court, Appeal Court, and now the Supreme Court with a bid to halt the proceedings of the CCT and annul the decision of the Court of Appeal. Will the Supreme Court also subject itself to be used by some puppeteers?

Under Chapter IV of the 1999 Constitution of the Federal Republic of Nigeria, the rights of an accused person standing trial for a criminal offence are fully guaranteed. The relevant sections are sections 35 and 36. Such rights include: the right to be informed promptly in the language that he understands and in detail the nature of the offence; the right to be given adequate time and facilities for the preparation of his defense; the right to defend himself in person or by legal practitioner of his own choice; and the right to be presumed innocent until he is proven guilty.

With what has been happening in the CCT for the past few months, it is evident that Section 36(6) of the constitution has been bridged without fear or consideration of the law.

Furthermore, the constitution also states that the accused must be given adequate time and facilities to prepare his defense. In this area, the court should grant adjournment to the accused person either to obtain the service of a counsel where necessary or call a witness that will be material to his case.

During the last hearing at the CCT, Saraki’s legal team walked out of the court in protest of the CCT’s defiance of the case already filed at the Supreme Court which left the Senate President with the option of either defending himself or hiring new lawyers to defend him.

When he was asked how long he would need to get a new set of lawyers, he responded by saying one month. However, the counsel to the Federal Government, Mr. Rotimi Jacobs, asked the CCT Chairman, Danladi Umar, to rule for one week which he did, and then Rotimi Jacobs checked his calendar and realized that the date will not favor him, he then went ahead to ask Justice Danladi Umar to rule for two weeks and just like a puppet, the CCT Chairman ruled as he was asked. This was done to the amazement of all present in court and against the wishes and convenience of the accused. Are these not enough pointers to the fact that justice in Nigeria has taken a new turn for the worse?

With all this presented, it is clear that there is more than meets the eye in the cases against Dasuki, Akpabio, and Saraki. At this point, we must all pay attention, and we must all begin to ask about the other APC-stalwarts that have been accused of corruption. Why is no one banging on Amaechi’s doors seeking his arrest at night? Why has Fashola not been invited in for questioning by the EFCC? Why is Fayemi sitting in the comfort of his own home — waiting to be sworn in as a Minister?

The official status and relationship ties of these perpetrators with The Presidency shields them from sanction, creating a culture of impunity in which the most inhumane corrupt acts can be carried out without fear of repercussions.

Everyone seems to be shutting the doors of justice against Bukola Saraki right now. Let us not forget the famous saying from Martin Niemöller:

First they came for the Socialists, and I did not speak out—
Because I was not a Socialist.

Then they came for the Jews, and I did not speak out—
Because I was not a Jew.

Then they came for me—and there was no one left to speak for me.

Slowly, the three arms of government are beginning to lose their independence and the executive wants to take us back to dictatorship.

If we allow this current government to violate the rights of Saraki, Dasuki and Akpabio today, you do not know who it might be tomorrow.

About the author:  Chima Chime is a Writer and Activist from the East –