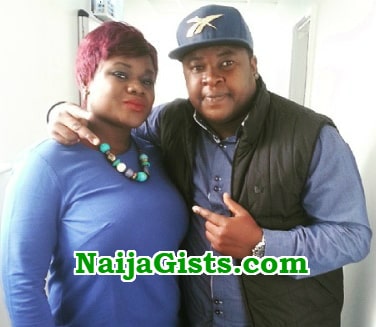 Comic Nollywood actor Babatunde Tayo Bernard has been dumped by his wife.

The actor who divorced his first wife and proposed to a new woman about 6 months later is no longer with his second wife.

According to sources in the know, Dupe Odulate left her marriage over an alleged infidelity issue on the part of the actor.

Here is how Odulate who celebrated her birthday yesterday confirmed the marriage crash.

“‘Dear Lord, condemn those that condemns me secretly and openly.”

“Walk in my shoes, know what I go through before you judge me. Apologies to those that I have offended because of this guy.”

“Now I understand better. Life goes on, I cannot come and die. Be a man and say the truth.”

A top Nollywood source told NG few minutes ago that Odulate got to know about Baba Tee secret mistress in the UK through her friends  before deciding to quit the marriage.

Their marriage of less than 3 years is blessed with a son.