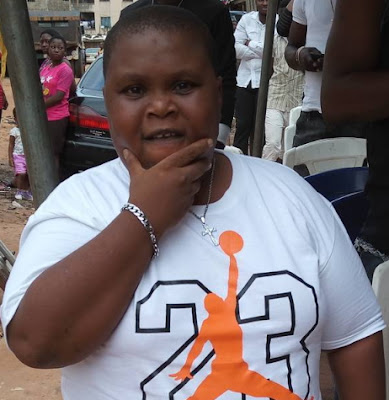 Fast rising comic Nollywood actor Main Bossman who died on the 4th of September 2017 is set for burial.

According to the burial program released by his family, the actor who died aged 27 will be laid to rest on Thursday the 5th of October 2017 in Nnewi Anambra state. 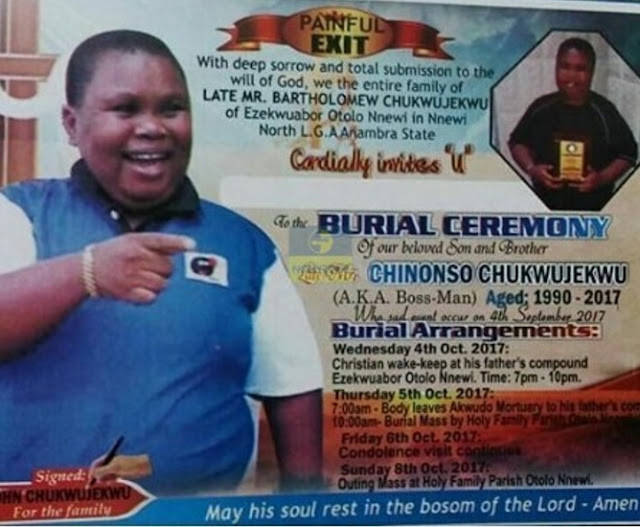 The Burial ceremony will begin on Wednesday the 4th of October 2017 with a wake-keep at his father’s house in Ezkwuabor Otolo Nnewi from 7pm to 10pm.

On Thursday, his body will leave Akwudo Mortuary to his father’s compound at 7:00am.

His burial mass will hold the same day around 10:00am

Condolence visit has been scheduled for Friday the 6th of October 2017.

On Sunday 8th of October 2017, an Outing Mass will take place at Holy Family Catholic Church in Otolo Nnewi.

One thought on “Nollywood Actor Bossman’s Burial Program Released: Late Actor To Be Buried In Nnewi”