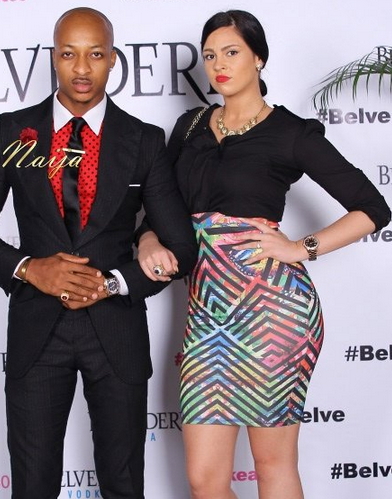 Nigerian actor/model IK Ogbonna has responded  to fans comments about his upcoming wedding.

The actor who married his Latin American/Serbian wife, Sonia Morales legally few weeks ago has promised fans that before the end of the year or early next year, he will do an elaborate wedding ceremony in Nigeria.

Hear what the father of two said in a recent chat with Hip TV:

“I am planning an elaborate wedding before the end of the year or early next year. My wife is a Latin American but she is also a naturalised citizen of Serbia. I travelled to Serbia to meet with her parents and we had a court wedding. We have not had a proper wedding because she was pregnant and was recently delivered of a baby. I need her to recover from childbirth”

Sonia’s baby is IK Ogbonna’s second child. He has another baby mama in Imo state.