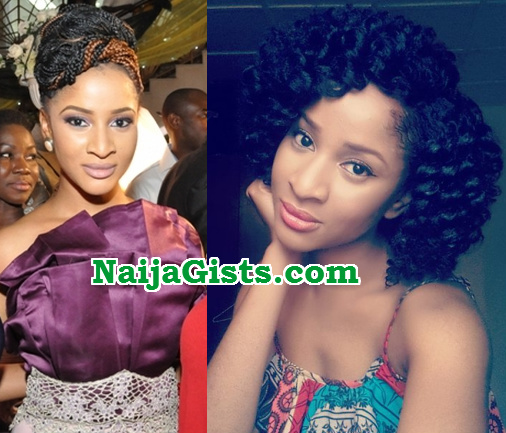 Oct 5, 2015  – Nollywood Actress Adesua Etomi: I’ll Not Leave Nigeria For The UK Until I Get Oscars Nomination

How Did You Join Nollywood?

I actually got invited for a close audition. I was very naive because I saw so many people I knew. You know, when you are new in the industry; you come across really good actors when you go for auditions. You will keep asking yourself questions, like ‘Jesus, how am I going to get this?’ Then, I will pray to God and say, ‘daddy, please help me out’. When I wake up in the morning, I put some anointing oil on my head and say ‘Lord, help your sister out’. I don’t play with God at all because I believe He is the one that grants favour. So, I just prepared myself, went in there, did the best that I could, went back home and waited for that call that would change things. A couple of days later, they told me I got it all and that was it.

You have the ability to quickly switch from your British accent to Nigerian accent…?

I moved to the United Kingdom when I was an adolescent. My ability to switch is quite funny, really, because people keep saying that. But here is the real thing; I believe if you want to come to Rome, you have to learn how to speak like the Romans. I don’t want to stand out because of things like accents. If I want to stand out, I want to stand out because of my work. I don’t want you to say that I am amazing because I have got a British accent. You put me in your film and see how I’ll turn things around, and obviously, I can’t use my British accent in every role I get. It won’t work like that. You have to learn to transform as a performer, you have to learn all these things. Honestly, picking up the Nigerian accent has worked in my favour. When I just came in, I sounded like I was from Warri, no offence to people from Warri. But, you know, it just sounded that way and it was really wired.

What was your perception of Nollywood before you came in?

When I came in, I thought I would be here for three months. But when you see a potential in place, only a crazy person would want to leave. I then knew I wanted to be a part of the history of Nollywood. Honestly, when I first came in, I saw a work in progress. I thought Nollywood could be a lot better. I thought there were so many things going on. But I also saw they were trying to do things that were different and I wanted to come and join them. When you are outside the country, it’s so sad to just sit there and be like ‘these people are not doing things well’. When you can come and actually be part of the change. Why stay there and complain if you are not going to do anything about it? So, I was one of the people that wanted to do something about it and I wanted to experience things first hand. I don’t want to see it from what people will tell me, I wanted to hear it myself, I like to have my own impression and not go by what the general public is saying or what they think. So, when I came here and met so many people that are passionate about the art, it was very refreshing. I enjoy being part of the art here than there, which is very shocking. But I just love the fact that people are coming in and are doing things that are different, and I want to be part of the change, I want to be part of the history, I want to be part of Nollywood’s growth. Hence the reason why I am still here and I am not going anywhere till we achieve it. Until we start getting nominated in the Oscars. They haven’t seen anything yet; we are just starting.

Are you in a relationship?

There are some things that are really personal to me and I prefer not to talk about them. So, I would not address that.

How do you handle your male friends?

It is sometimes funny because many people tend to say that most female actresses have negative reviews when it comes to attention. However, people are quite respectful of me. I never feel overwhelmed by male attention because men will always be like ‘Adesua, I love you’. It is not always like that, you get people that admire you, you can just wave and say hello. People can walk up to me and say ‘you are awesome’ and I will say ‘thank you’. It’s not anything special. I have not had any wild experiences. Maybe if I am on Instagram and someone writes rubbish, I will just delete it. Things like that don’t really bother me.

What about men who want more than just being friends with you, how do you handle them?

You know what, men don’t really toast me. I don’t know why, really; maybe it is the way I carry myself. They don’t, really. Some­times, when they want to talk to me, they will assume I am already seeing someone.