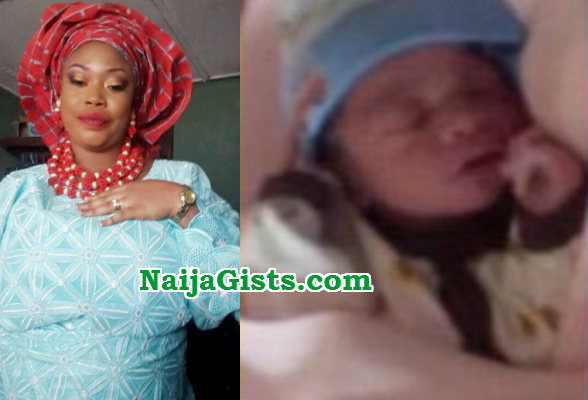 Nollywood actress Bimbo Akinsanya has put to bed less than a year after she reportedly suffered a late miscarriage.

The beautiful actress who married last year and her husband welcomed a little Prince this morning in Lagos.

Around 8:15am on Thursday, Bimbo Akinsanya delivered a healthy boy at a private hospital in Alagbado area of Lagos.

The mother of her son are said to be in good health.