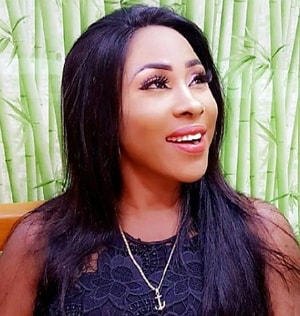 Fast rising Nollywood actress Charity Nnaji has been tagged a lesbian for claiming that obese women are dirty under.

The Abuja-based actress who said she has not known peace ever since she made the nauseating statement in an interview is now calling for privacy.

Here is what the single mother of one told PotPourri in a chat over the weekend.

“ Please, they should leave me alone. I was only expressing my opinion. I didn’t say all plump girls are dirty under, I said most of them. I don’t want to talk more on this now, when the time is right I write my reaction to all the abuses that have been coming my way ever since”.

An online source who was among those condemning the actress said it is only heartbroken lesbians who will make such unguarded utterance.

Here is what the source wrote on the social media:

“And to think that you are a woman talking about women in such a demeaning way, calling them ‘dirty’.  I have a feeling you are a lesbian. Sorry one of them dashed ur heart. You are totally disgusting. Shame on you Charity Nnaji.”