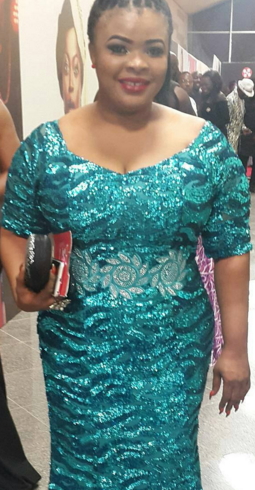 In this exclusive chat with the NET, Miss Amusa tongue-lashed her critics.

“Anybody that knows me know that I don’t copy what others do. I don’t compete and I do my things the way I deem fit. “I know I get negative comments from people on social media but the truth is that I cannot stop them from airing their opinions. They have every right to their opinion and I don’t care about what they think about me. When people say that I bleach my skin, all I say to them is that it is my life. I cannot crucify people over their opinion. As far as I can wake up in the morning, do what I want to do and get the attention of people from it, I am very okay,” she said.

The madam too wan break the internet… #smart woman