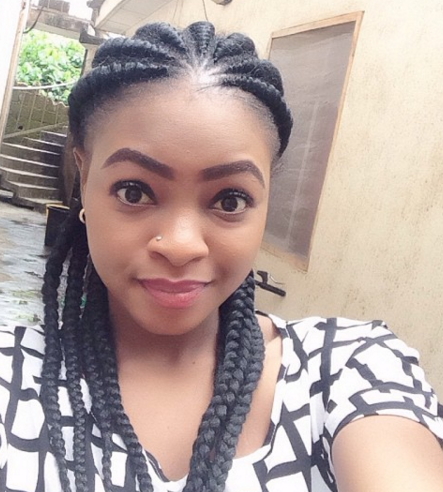 Budding Nollywood actress Bidemi Kosoko and Funmi Awelewa used to be like two peas in a pod. But in recent times, the relationship between the two actresses seems to have gone awry as they are no longer best buddies.

It was alleged that their friendship severed because of a guy, Ibrahim Chatta who is also alleged to be dating the two ladies.

But speaking to Saturday Punch, Funmi said she has no issues with Bidemi.

“I have always told myself that there is nothing like permanent friends. Your best friend today might be your worst enemy tomorrow. If you don’t respect yourself in this industry, nobody will respect you. But there are so many olofofo in this industry. If somebody is your friend, don’t suspect that person and if you suspect anybody, don’t make the person your friend.

“People come to tell me Bidemi said this and that and they will go to her and tell her I said this and that. Those that come to me, I would always ask them if I should call Bidemi and ask her about what they claimed she said about me. They tell her not to move with me and that I want to be famous through her. They come to me and say the same. I decided to give her space. I used to go to her shop and we greet,” Funmi said.

Concerning the allegation about dating Ibrahim Chatta, Funmi said, “I am not in a relationship with him. We are very close. If you are close to somebody, people would think you guys are dating. He is my senior colleague. I live in my own house in Ibadan. People tell me I should not debunk the rumour. I have a relationship abroad. I don’t want to do something stupid. I don’t give a damn about what people say.

“I can’t speak for her but I also know that Bidemi is not Ibrahim’s girlfriend. Ibrahim didn’t dump her for me. I am aiming towards building a scandal-free name. I don’t want to be lifted by scandal. I want my work to speak for me,” she said.

Speaking on the issue, Funmi said, “I don’t want to talk about Seyi Edun. Seyi has never been my friend. She is just my colleague right from day one. Me, fight over a man? I have a name to protect. God sees my heart. I have no issue with Seyi concerning a man. I think somebody wants to bring me down. But don’t bring others down to get fame. I am just on my own. I have decided to stay low because I don’t want wahala.”