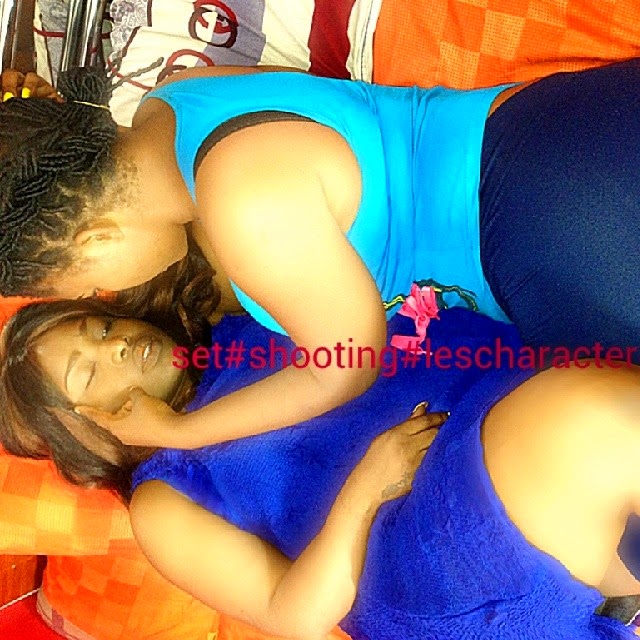 On Wednesday, popular Nollywood actress Halima Abubakar shared the above picture from a movie scene with her Instragram fans.

Halima who played a Lesbian character in the upcoming movie titled Estate Runs said the role was challenging.

“I shot dz scene today. was abit skeptical till I read d script and it is an eye opener. I love challenging roles. You will like it… lesson to be learnt #estateruns #movie” – said Halima on IG

Few minutes after sharing the pic, some fans came after her and challenged her with counter-comments.

Some of the comments pissed her off and she deleted them before slamming the fans right back.

Is anything wrong in sharing such picture with fans???