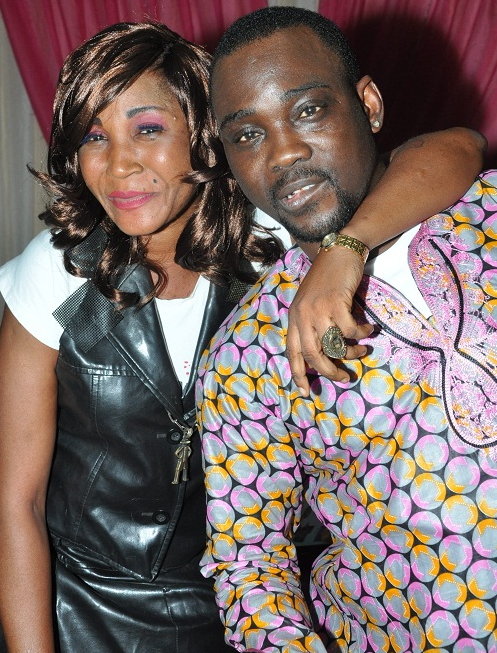 Budding actress Oluwaseyi Ariyo aka She Baby has denied he rumoured affairs with Fuji star Pasuma.

Hear what the actress told a Lagos-based softsell magazine

Let us assume there is no Pasuma, won’t you do your music?

Of course I will, I have some tracks in which I featured Oritsefemi, LKT, Ay.com and a lot of them. So…..
There is controversies making the rounds that you are dating him, how true or otherwise is that?
I have started to learn how to let things go, initially when I first started, and press wrote negative things about me, I would cry over it, and I will also call Pasuma who would advise me to get use to it, but now, I have grown beyond that. When people talk and criticize me now, those things make me stronger. But I want to tell you that it is not what people think. The fact that I featured Pasuma doesn’t mean we are dating. I don’t get bothered about press reports on me anymore.

Information had it that your marriage is in trouble over this case….

It is a normal thing, I told him about the track before we went to studio and my husband confessed that he doesn’t like the concept that people will think I am having issues with him, but I told him to leave people alone about it because if we don’t do so, we won’t move on. So, if I say “red card” it doesn’t mean I am giving you or you are giving me one, we don’t have problems, we stay together at home, so let me sing this red card track with Pasuma. Not that I can’t use any other artiste but we just want to do the concluding part of the previous stories, and he gave me the go ahead, and after the studio section, I brought the CD for him to listen to. Oganla and my husband were together at Itara Ife’s launching where he sang his praises on stage.

I have no comment on this; all I have to say is that I don’t have issues with my husband.

Who is this man where have been talking about?

He is Adeyiwola Adetoye, a telecom official, he is a Christian. We are just engaged we’ve not married legally but we are doing that soon.