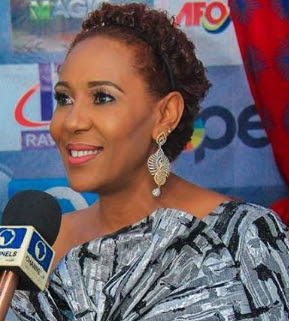 Nollywood actress Shan George who lost her younger sister in a motor accident at the tail end of the year 2017 has laid her to rest.

Miss George told fans on Sunday that her her sister, Queen who attended Calabar 2017 festival with her left shortly after the event to her base in Port Harcourt sadly, she didn’t make it to her place as she died in a ghastly road accident. 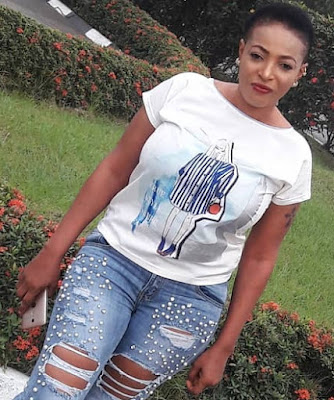 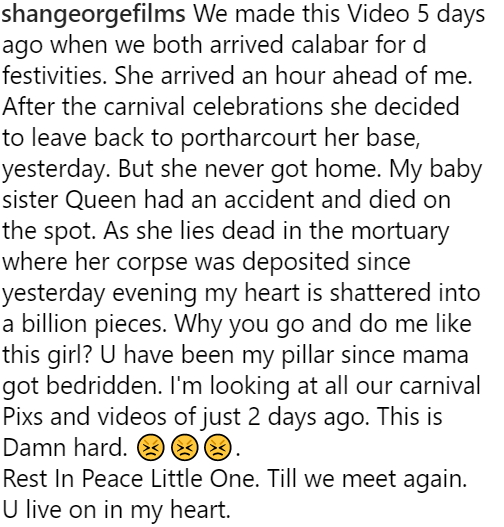 She told fans today that late Queen has been buried.

Her is her final departure message to her:

May God comfort Shan George and others who have lost their loved ones and may her beautiful soul rest in peace.