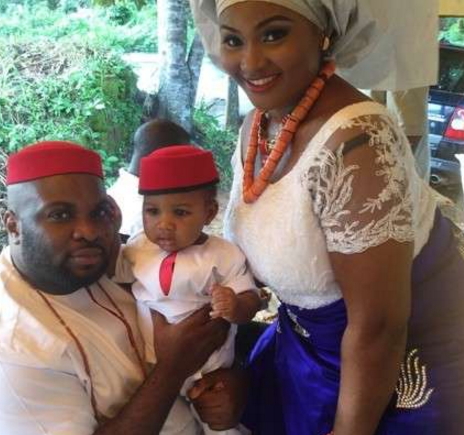 Newly married Nollywood actress Uche Joan Iwuanyanwu who recently took some time off to start a family has responded to a viral report that claimed that her marriage of less than one year has crashed.

Hear what the newly married actress said through her publicist, Bola Aduwo:

‘This is nothing but a pack of malicious lies! A figment of someone’s sick imagination! How someone can just sit down and concoct this kind of story is beyond me. Please my marriage is intact, my son is fine and I am not emaciated neither have I ever been involved in any sex tape’. The actress further stated that it was unfortunate that she was not contacted first to confirm such stories before running to the press with it.