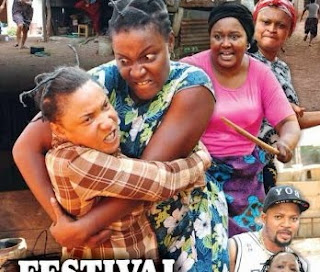 The Nigerian film industry, popularly called Nollywood, has been a big source of pride since it officially took off in 1992 with the production of Living in Bondage. It has provided wealth, fame and prestige to Nigeria and thousands of Nigerians.

Ironically, right from Living in Bondage, producers of Nigerian movies have tended to cast the Nigerian traditional life as evil, as well as portraying Nigerians as people who make their money through the power of the occult and human sacrifice.

The reason Chinua Achebe wrote Things Fall Apart and Arrow of God was to present a balanced view of the African life before the advent of the European colonialists, thereby puncturing the negative portrayal of Africa by Europe as barbarians. Achebe did not seek to glorify Africa; rather, he chose to present a society that was not irrational or lawless, even though it had its flaws.

Sadly, many Nollywood writers and producers have adopted the neo-colonial mindset in their films which focus on Nigerian traditional ways of life. For the sake of specificity, I will focus on Igbo culture in this discourse.

Anytime a Nigerian film focuses on an Igbo village as well as the city, there are some constant narratives:

1. The village is the home of poverty, while the city is the place of wealth and good life.

4. The village is a lawless society where one man can seize the property of anybody, especially widows, with nobody stopping him except by divine intervention, while the city is the land of order.

It has become a joke passed around that once you see an actor like Pete Edochie or Chinwetalu Agu in a film set in a traditional Igbo community, a widow will be dealt with mercilessly. Her goats and chickens will be confiscated in broad daylight. She will be barred from farming on her husband’s lands. Sometimes, the terror is a king in an Igbo community that acts as he wishes, confiscating people’s property as well as daughters and wives, arresting people and even killing some.

In the distant Igbo past, a girl could be pushed into a marriage with threats by her parents, but no girl could be forced into a marriage if she chose not to marry a particular man. During the marriage introduction, a girl was expected to visit the bridegroom’s home and spend at least four market days with the mother of the bridegroom, without any sexual relations with the bridegroom. This was the opportunity for her to be studied by the prospective groom’s family and for her to study the man’s family. If she returned and said she did not like the family or the man, the marriage would not proceed.

Secondly, at the point of accepting the bride price by the men of the extended family, the bride would be called and asked if she wanted to marry the man. If she said no, that was the end of the story. A girl was expected to say that it was okay by her if her father wanted her to marry the man. But in such cases, the girl would have had a discussion with her father and agreed on the marriage.

In addition, during the marriage rites, the father of the bride would give her a cup of palm wine to take a sip and take to whoever was her choice for husband. If she took a sip and dropped the cup on the ground and ran away, the marriage had been truncated.

So, the bride had avenues to confirm if she wanted to marry a particular man, even if her father or mother was applying pressure on her. If she decided to succumb to the threats and pressure and go ahead with the marriage, then it was her decision.

Widows also were (and are) vulnerable but not as portrayed in Nollywood. An Igbo marriage is not an affair between a man and a woman or between the nuclear family of the bridegroom and that of the bride. It is an affair between the two extended families called umunna (descendants of one man). To buttress this point, the father of the bride is not allowed to participate in the bride price discussions. It is the umunna that would do that and confirm to him when they are done. Similarly, no bride would be handed over to a bridegroom who came alone or with only his father. He would be asked to go back and bring his people.

Therefore, if a married man dies and his widow refuses to remarry, she cannot be treated as is portrayed in Nollywood films. She has the umunna of her husband to complain to. If they fail to intervene, she has her own people to complain to. Once they hear that their sister is being maltreated by her late husband’s brother or kinsmen, they will come to enquire. If after their visit, the maltreatment continues brazenly, then the culprit is looking for trouble.

On an appointed day, the able-bodied men from her village would soak themselves in strong drinks and other substances, and then proceed in droves to their sister’s home. They would descend on the home of the man victimising their sister, cut down any plant around, kill all chickens, goats and sheep owned by the man and destroy as many things as they can. That is to send a clear message that the widow being maltreated did not fall from the sky but was born into a family, and that nobody should toy with her.

Most families and villages would not want such a thing to occur in their community. So, whenever a widow comes to complain against a man taking her property or maltreating her, it would quickly be looked into and resolved. This is completely in dissonance with the way issues concerning widows are portrayed in Nollywood films.

In addition, anytime traditional practices are depicted in Nigerian films, they are shown to be evil. At the end, a pastor will be invited to destroy the “forces of darkness”. Ironically, in the real world, a Christian or Muslim would gladly accept to swear by the bible or Quran rather than any Nigerian deity because he believes that if he is guilty, swearing by the bible or Quran will not kill or destroy him, but not the same with swearing by a deity.

Also, our films have helped to ensure that young men do not want to live in the rural communities. They are made to believe that for one to be successful, one has to leave the rural areas. Ironically, there are many rural communities where people make more money and live a better life than in Nigerian cities.

In addition, many urban dwellers are made to believe that it is dangerous to travel to their hometowns or take their children home. Every uncle or aunty or old person in the village is cast as a wizard or witch destroying the success and life of those who live in the city.

The point is not that there are no evil activities in the rural areas. But for the sake of selling movies, Nollywood producers have continued on a campaign of exaggeration of the ills of rural lives and the glorification of Western life.

In the eyes of Nigerians and foreigners, they have also put a question mark on the heads of Nigerian rich men as men of the occult who make their money through sacrificing human beings.

Many poor or struggling people within Nigeria believe these stories, and start seeking ways to get rich, thereby leading to the disappearance of people, who are kidnapped and killed.

Films are sources of advertising for countries. Those who produce films in Nigeria should think of ways of telling our stories without portraying our ways of life as evil. This should be seen as a national clarion call.

Continue Reading
You may also like...
Related Topics:film, nollywood, producers