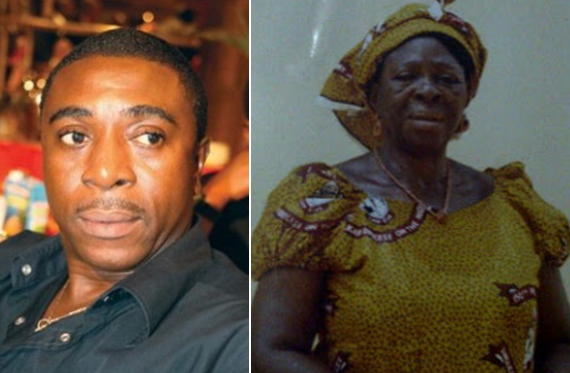 We learnt the star actor was shunned by his colleagues in the movie industry.

All efforts he made to mobilize them failed woefully due to his controversial personality.

As the day drew closer, most of them were heard saying stuffs like Bob never attends any of their event, he is too proud, and so on.

Well the day finally came and to the villagers surprise popular Nollywood faces and school mates of the Bob Manuel like Charles Okafor Mr Ibu, Victor Osuagwu, Francis Duru, Ejike Asiegbu and others didn’t show up with the exception of Steve Eboh, Charles Inojie, Emmanuel Ogugueh Chidi Nwokeabia and Ejike Metuselah who are his very close pals.

Guests at the funeral service in church were heard lamenting the absence of Nollywood stars to honour the late woman.

Though there was plenty of things to eat and drink, the attendance was poor for a man of his standard.

Bob Manuel Udokwu recently got a political appointment as the Special Assistant on creative media to Anambra state government.

Is this a pay back time for the veteran actor who lost his mother on the 20th of July, 2013?

Are his colleagues jealous of him?