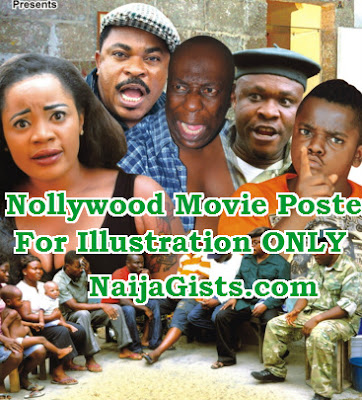 Indeed it has been a season of deaths for the Nigerian entertainment industry.

Earlier in the year, when child prodigy and award winning actor, Olamide David, died in January, it was indeed painful but the industry soon forged ahead.

However, on February 8, death struck again when it cut short the life of popular Yoruba actor, Arakangudu (Sikiru Adeshina).

While Nigerians were still reeling from the shock, another death struck in far away Kano when Kannywood star, Aisha Dankano suc­cumbed to death on February 23, at her home in Gwarimkpa Estate, Abuja. Nigerians were still coming to terms with this when the cold hands of deaths snatched comedian and actor, Dede One Day, after he succumbed to a heart attack!

The industry was still trying to come to terms with the fact that Dede was no more when it was the turn of Village Headmaster’s Jab Adu to answer the call of the grim ripper. Little did Nigerians know that that was stalking and singer, Nomoreloss would be the next to go.

Said a source who spoke to Entertainer on grounds of anonymity: “This is tragic! In less than three months, we have witnessed six deaths! What is happening?

As I speak to you, fear has gripped the industry as everyone is asking who next? A lot of entertainers have become prayer warriors as they believe that these deaths are spiritual. God help Nollywood!”