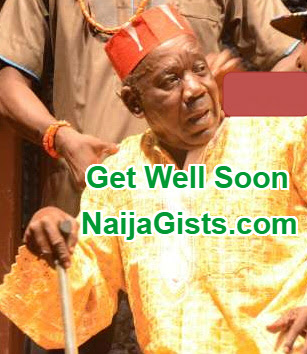 The veteran actor who is currently living at the National Arts theatre in Surulere has made a desperate plea to the incumbent governor of Lagos State, Akinwunmi Ambode.

In a letter written by the Lagos Chapter of AGN Chairman, Don Pedro, the actor begged Ambode to help alleviate his suffering.

This is what the actor told Razzle Dazzle over the phone yesterday;

I’m making a passionate appeal to the Executive Governor of Lagos State, His Excellency Akinwunmi Ambode to come to my aid. I’m in dire need now especially, that I have lost one leg. Life will be most difficult without government support. I believe the efforts of my friends to reach the authority will yield result”

Don Pedro Aganbi and Paul Julius, the two Good Samaritans who came to the actor’s aid during his time in the hospital are trying to book an appointment with Ambode to present his case.