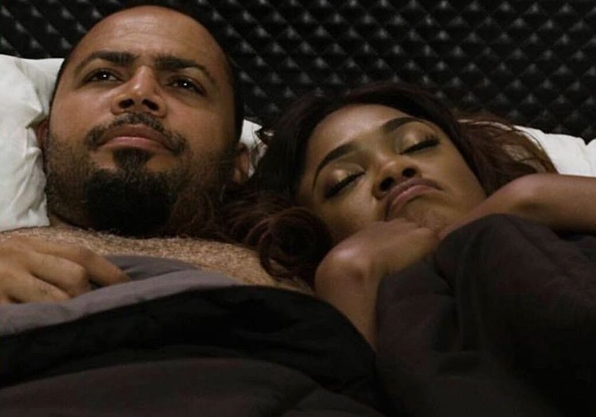 Body swapping movie concept is not new. There’s the famous Freaky Friday and very vulgar The Change-Up, and a number of others too many to mention.

So one isn’t particularly wary of the hackneyed plot – it is more execution than story that makes all the difference, so we look forward to being plunged into a world of great acting and well-done fantasy.

My Wife and I tells the story of Toyosi and Ebere, a couple who has been married for 17 years. They have issues, all of them being summarized into one – the fact that they are tired of being married to each other and would rather be divorced. 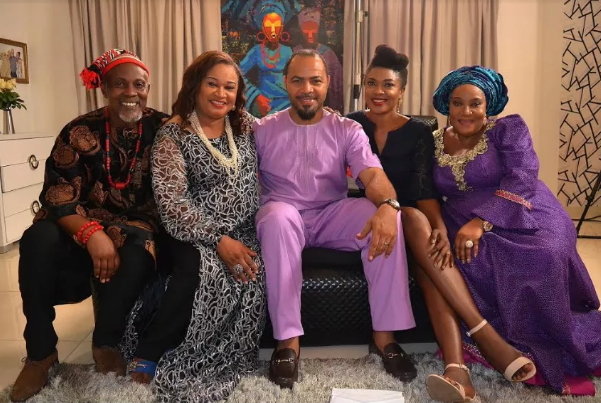 They are fighting all the time, in the morning, at night, on the phone, in parties, everywhere, and their daughter, Ireti, is fed up. But she isn’t the only one. Their son is too, and their parents as well.

Everyone is, so Toyosi’s superstitious mother recommends a pastor for counseling. This pastor is popular for his uncommon methods, so when he prays with them in his office, we immediately anticipate something bizarre.

It turns out more bizarre than we imagined, but even the characters are not as terrified as we are. After all, it is every day we find people who actually switch bodies. Easy peasy.

So they decide they have to manage each other’s lives and must be united to do this. This is how they get back their groove, by constantly being in communication and trying to make sure their family and work lives don’t crumble because of this.

As expected, they ultimately admit to their individual and collective shortcomings and fall back in love.

Ramsey Nouah and Omoni Oboli are quite versed actors, so it is easy to understand why they are cast as lead and lead us into believing this is a great idea.

The execution turns out to be so not so great. The changes are inconsistent. One moment, the switched up Ebere is sashaying, the next she’s not. And the switched up Toyosi keeps rolling his eyes like his body’s original host.

Ebere in Toyosi’s body keeps mixing up names, calling Toyosi ‘Ebere’ even in the privacy of their room. I imagine it as someone looking just like me and me calling them by my name. The inconsistencies in their characters are one of the many things that don’t exactly work with the film.

The writing is another, and one wonders because it is Chinaza Onuzo’s screenplay. The lines are constantly ridden with ‘Jumoke said so’, and several other bland expressions.

Ireti is melodramatic and her twin, whose name I cannot even recall, borders on dumb. He never actually says or does anything, and when he does – by figuring out his parents have been switched without actually losing his mind – it is the most unbelievable.

The trip to Paris is one of those things thrown in; it is never mentioned again. We would need to suspend belief and claim fantasy at the pastor knowing about the switches and re-switches all along, but what has not having another child got to do with anything?

In truth, My Wife and I wins with its humor (the scene with The Wedding Party’s Iya Michael and her Yoruba-speaking spree is a high point), however, it stretches some of it so thin we can see through.

My Wife and I is daring, considering it is the first body-swapping film in Nollywood, made after an over-familiarity with this concept in Hollywood by the film-watching market.

Because we already have our taste buds trained, we’d better not be served something unauthentic. And this is where it fails as it doesn’t sell its story believably.

The resolution is predictable, the infidelity twist is shaky and the 360 degrees change in their disposition towards each other is a tad drastic. My Wife and I leaves you with a knotty feeling of dissatisfaction in your stomach, even though it manages to be entertaining while at it.