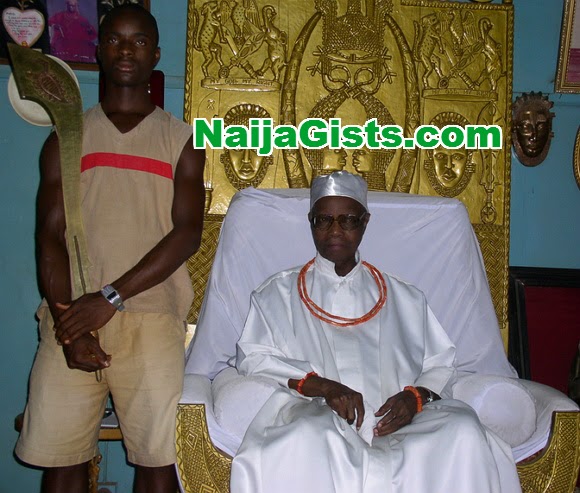 You might have come across the death news of Oba Erediauwa of Benin kingdom in Edo state, please ignore it.

The rumour that started from unreliable sources early this morning has been debunked by Erediauwa’s palace officials.

An official statement released by Benin Traditional Council on Friday morning claims the story is a mere speculation.

The statement reads, “They have been peddling that rumour for more than a year now, because the Oba has not been coming out.
“If there is anything like that, there is usually a statement from the palace or from the Benin Traditional Council”. “I don’t bother about rumours. I believe in getting information from the authentic source. For more than six months, they have been carrying the rumour” – said Mr Frank Irabor, Benin Traditional Council Secretary.

A Benin-based fan who wrote NaijaGists.com few hours ago said the news on the streets is that Oba Erediauwa has stroke.