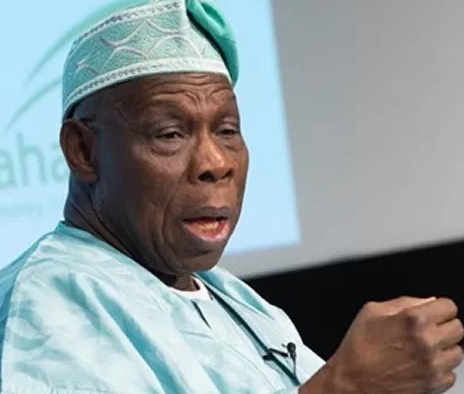 Ex-President Olusegun Obasanjo was a speaker at an interactive session with Indian Professionals Forum IPF in Nigeria.

At the event which held over the weekend, Obasanjo lamented that some Indian companies cut corners and engage in sharp practices to get ahead in Nigeria’s business clime.

“There are Indian enterprises and corporate bodies in the country doing fairly well, employing local staff/Indian staff and legitimate and genuine contributors to the Nigerian economy but there are ugly faces; there are Indian companies that have been doing what they will not do in India and that is unfortunate.

“There are Indians who are in partnership with Nigerians and they are doing well, we have some even here in Abeokuta. They are doing very well and it is very encouraging.

“But there are ugly faces, there are Indian companies that have been doing what they will not do in India and that is unfortunate and I hope those of you who are doing the right thing, who really make us proud and our association with India, will make sure that this type of bad things are stopped.”

“I had the unfortunate responsibility to deport some Indians (the Vaswani brothers) from the country when they did wrong, my successors brought them back, he too later sent them back again,” he said.

“The one who brought them back, sent them back again because you see, a Leopard never changes its spots and they believe that they can bribe their way in this country.

“But woes betide that person, be it Nigerian, non-Nigerian or Indian who believes that he will live and corrupt this country.”