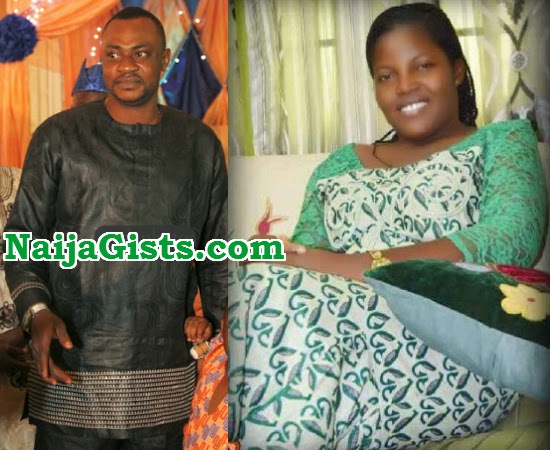 April 2nd, 2015 – Odunlade Adekola: I’m A Born Again Christian Like My Wife Ruth, My Life On Stage Not Same At Home

In a recent chat with a Lagos-based softsell magazine, Popular Nollywood actor Odunlade Adekola talked about his faith, why he married a religious woman and many other issues

When asked why he chose a born again woman as his wife, the actor said;

“I don’t know what you mean by born again because I believe that we are all born again. I thank God almighty who choose a right person for me, and understanding plays a vital role in man’s endeavours. I am a reckless person on stage but I want you to understand that Odunlade is different from those characters I do, some times when I go out, many of my fans will re-interpret my character in one of my previous movies titled Sunday Dagboru and they expect me to reply them same way but I will quickly confess to them that I am not like that. So, the two are different people in one body.

On how he met his wife, Odunlade said:

I met my wife when she was schooling at Moshood Abiola Polytechnic, Abeokuta. She was doing business as well and I wooed her up. Though, she thought I wasn’t serious and today, our union is blessed with kids. We all accepted Jesus Christ, if there is anyone who doesn’t believe or have the fear of God, just know that such person have problems.

The actor later went on to shower praises on his wife, Ruth Adekola

Whoever has the fear of God is a born again of which I and my wife are one of them. What distinguish her among others is that she is very understandable. Apart from being a good house wife, she understands and gives me support, she doesn’t listen to side talk and she has never acted funny to me based on what she has been hearing about me outside the house.Not that other women don’t have these qualities but Ruth Adekola is my choice”.