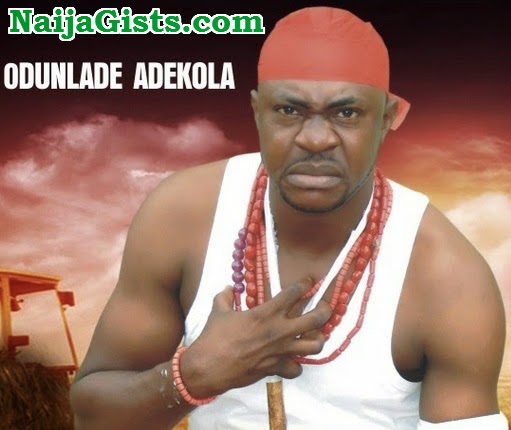 Report That Odunlade Adekola Was Killed By Robbers At His House In Abeokuta, A Wicked Rumour

An unconfirmed rumour that started from Sobola Nation this morning has thrown fans of popular Nollywood actor Odunlade Adekola into mourning.

The report claimed that the actor was attacked and murdered by some dare devils at his house in Abeokuta yesterday.

While responding to the viral rumour, that actor said there is no iota of truth in the report.

“I am hale and hearty, where the news surfaced from I don’t know. I am using this medium to thank all my fans, friend and family who have text and call.” – the actor added

He is hale and hearty and even working on a new movie.

These mumu reporters have started again ooo. Why spread such a wicked rumour.

Genevieve Nnaji: I’ll Get Married When My Husband To Be Finds Me, For Now I’m Busy
Photos: Russian Airline Plane “Shot Down By ISIL Terrorists” Crashed In Sinai Egypt, 224 Killed