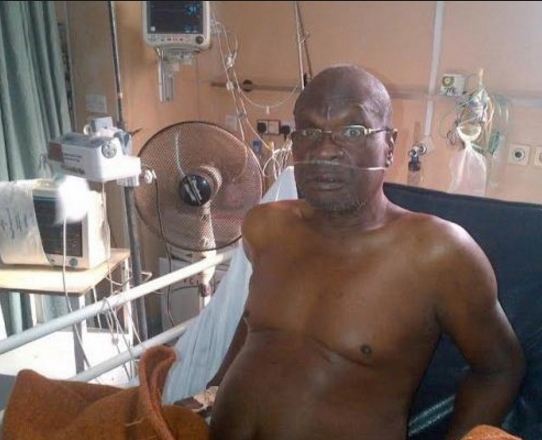 The actor who begged Nigerians to donate N7million for his hospital treatment might be lying.

According to a top ‘Oga on top’ at UCH, Mrs Vickie Owodunni, Olumide Bakare has been ordered to stop begging for money because his condition doesn’t require surgery as he claimed in his fundraising press statement.

Owodunni said Mr Bakare only need N200,000 to buy the drugs prescribed to him by his doctors.

But as we speak, the actor has raised a whopping N3.2million.

Another politician is scheduled to visit him at the hospital on Monday with 3.3million naira.

See the chat screen between BON and a top UCH staff: 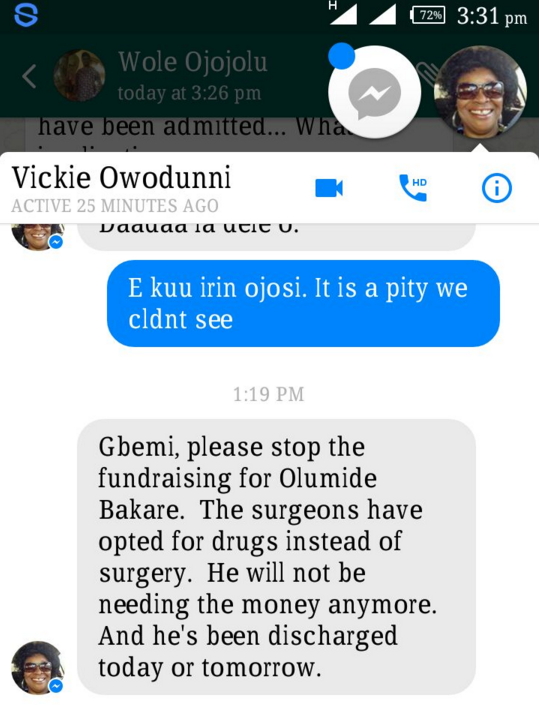 When BON challenged him, the actor simply said;

“I don’t need the money of nollywood and if I have been here since January 18th without nollywood I will survive”.