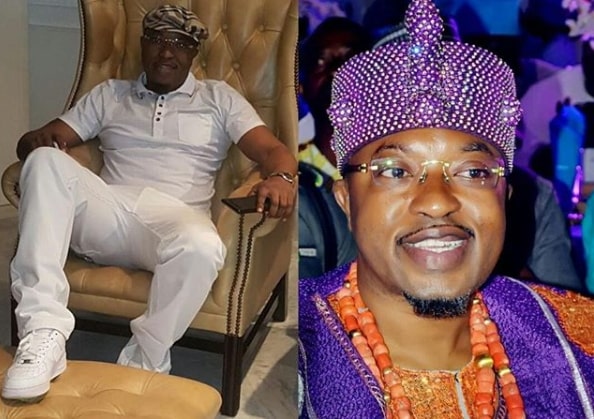 Controversial monarch Oluwo of Iwoland, Oba Abdulrasheed Adewale Akanbi, has described the national leader of the All Progressives Congress (APC), Asiwaju Bola Ahmmed Tinubu (BAT) as an asset to the political, social and economic survival of Nigeria. Oluwo tagged Tinubu as a non tribalistic nationalist committing his resources to Nigeria unity through progressive governance. The monarch hinted everything about Tinubu is provision of quality representation as exemplified in the digital turning around of Lagos during his reign as the number one citizen of the state. He stated the tempo of development in Lagos was led by Asiwaju Tinubu.

Thus, tagged him as the architect of modern Lagos. Oluwo further described BAT as a symbol of unity, having economic and political web across Nigeria which has adversely contributed to a united Nigeria. Oba Akanbi appealed to Nigerians to pray for past nationalists and drum support for current nationalists as an encouragement to pilot the nation to a constructive end.

“Tinubu is an asset to Nigeria as a whole. He made the first mega city in Nigeria and turned it a digital metropolis. He is the architect of modern Nigeria and a rallying point to all, cutting across every zones” “He is a leader of merit, committing his resources to national integration through his economic and political resources. God has used him to made many Nigerians in different capacities. He is a complete Nigerian of no discrimination, nepotism nor division. He is a force and a rallying point. I’m proud to have him as my son.

He is making me proud. Spiritually and traditionally, I’m his father” “I considered having a son of national and international connect such as Asiwaju Bola Ahmed Tinubu, Chief Olusegun Obasanjo, Ogbeni Rauf Aregbesola as a blessing to me. They all made me proud and I easily make reference to them. It is one thing to be influential and another thing to commit the influence to the growth of your country.”