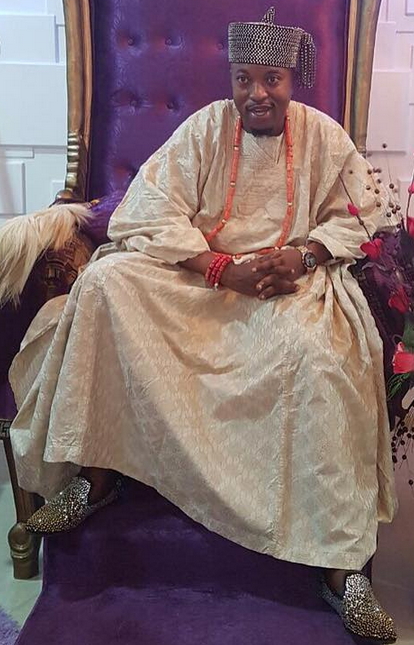 April 19, 2016 – Oluwo Of Iwoland Oba Rasheed Adewale Akanbi Not A Cultist Like Most Kings In Nigeria, His Ex-Canadian Wife Rakiya Asabe Is An Hausa Lady – Friend Defends Monarch

A close source to the Oluwo of Iwoland, Oba Rasheed Adewale Akanbi has penned an open letter to Nigerians in his defence.

See the open letter below:

I have known the Emperor of Iwoland for quite a while. We actually met on Facebook and then in Nigeria. 1 thing I was damn sure of then was that he loved his wife so much. He was always sharing stuffs about her and he even encouraged us to join some groups about some of the activities of his wife. Even though I met with Kabiyesi today 18 April 2016, I didn’t ask about this issue because of the age difference between us. But I know Kabiyesi very well. He will freely speak to you on a variety of issue, except one that deeply hurts like this. Here are a few facts from this posts.

1. The Oluwo of Iwoland was not the author of the post. He writes far better than this. I won’t be able to share a message he sent to me on WhatsApp yesterday due to confidentiality. The Oluwo of Iwoland will never spell the name of his wife wrongly throughout an article. The wife is Asabe (Northern Nigeria) and not Asabi (Yoruba). If I recall perfectly, she’s Rekiya Asabe.

2. I remember Oluwo blocked one of my friends on all social media platforms because he said something bad about Asabe, then. I am going to tell the guy to come to this platform to confirm it. Oluwo also shared pictures of him picking his children from school and trying to encourage other parents to follow suit.

3. Asabe, from all indications, was a humble person who I believe loved her husband too. Even though we never met, I know she has a tattoo of her husband’s name which the king was always delighted about. What went wrong was beyond my comprehension. 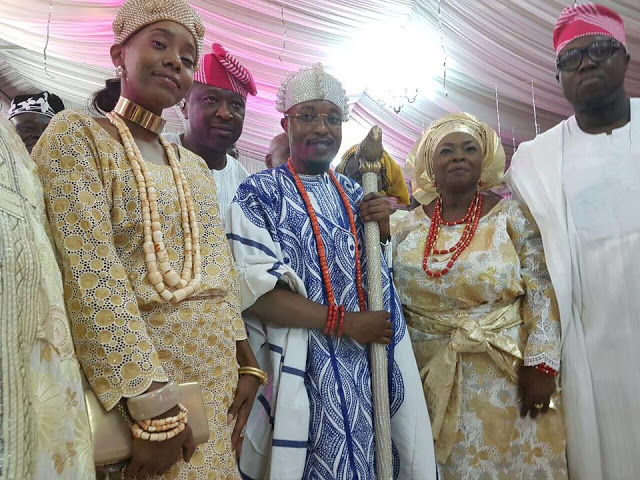 4. I am aware that some people, without Oluwo’s consent, wrote different profiles about him and alleged that he has in his possession some properties which he never owned. Oluwo really does not respond much to criticism or defamation and he would never have replied such people. And for the same reason, he would never write this kind of rejoinder. FYI, Oluwo saw the article on this platform weeks before we saw it. We confronted him and he said he’s aware and that there’s no need to bother ourselves on other people’s opinions. His chief mission for now is making sure that he place Iwo on the proper position it belongs on the global map, he said.

5. Oluwo is well involved into community work all over the world. My first physical contact with him was on 8th Nov 2014 when he came to Nigeria to patch a damaged community road in partnership with our coalition (Iwoland Development Coalition), then as a Prince. It was established by some of our guys in Canada that he owns an NGO where they cater for old people who often suffer loneliness (I don’t know the actual name). No one in Iwoland will feign ignorance of Kabiyesi’s developmental work before bis ascension. 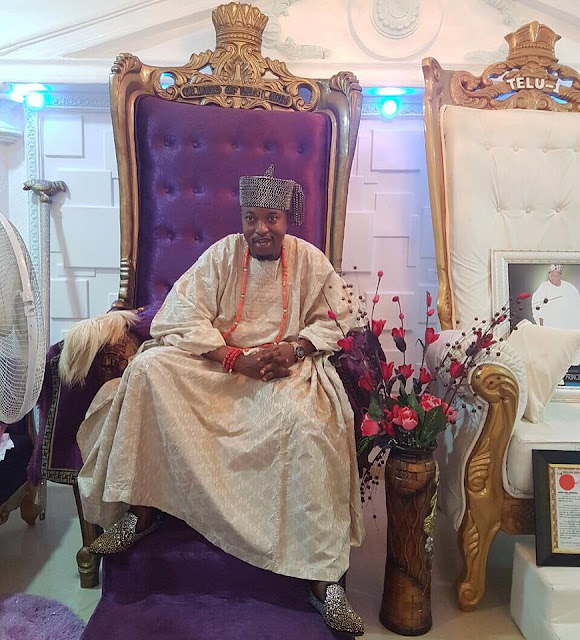 6. When Oluwo was at Ile-Onto (where King-designates are kept before coronation), I swear to God Oluwo told me of his plan to find a way of bringing his family from Canada to Nigeria. After the coronation, I asked about his children but he said it’s unfortunate they couldn’t make it. I observed he was unhappy as to the reason why and he won’t discuss it.

7. Yesterday, Kabiyesi gave us a lecture on how to treat women. I will share this post with others involved to come and corroborate mg story. He mentioned that he allowed his queen to wear a crown because they deserve the honour from their king. He said people hardly noticed queens, they’re not allowed to have friends and they’re not allowed to leave the Palace. The king himself is never available and so they’re all alone. Therefore, the king must do everything possible to make life more interesting for them. 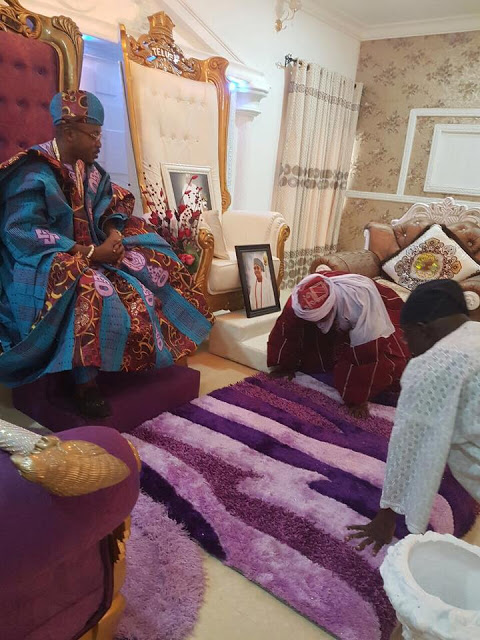 8. Kabiyesi is a devout Muslim and won’t worship any other being except Allah. He does not belong to any cult as most traditional rulers do. He’s trying to wipe out in entirety, the worshipping of idols. He does not deal in things as illegal as trafficking drugs. 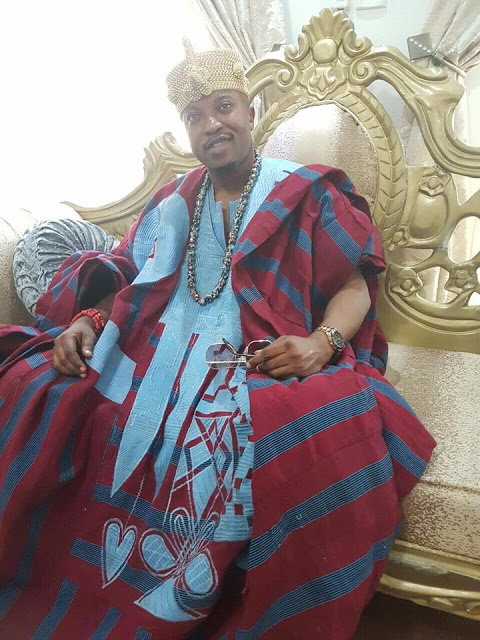 9. Kabiyesi is never interested in making his private life a public discussion. He does not even approve of me writing this kind of thing as you can see that I didn’t write any comment on your initial post. I just feel so uncomfortable this time around and I couldn’t stand the great injustice some ignoramuses are doing to his being. The people who decided to make this public are just too ashamed of their actions and could not summon the courage to face him and apologise. And that’s why they’ve been writing under Pseudonyms. 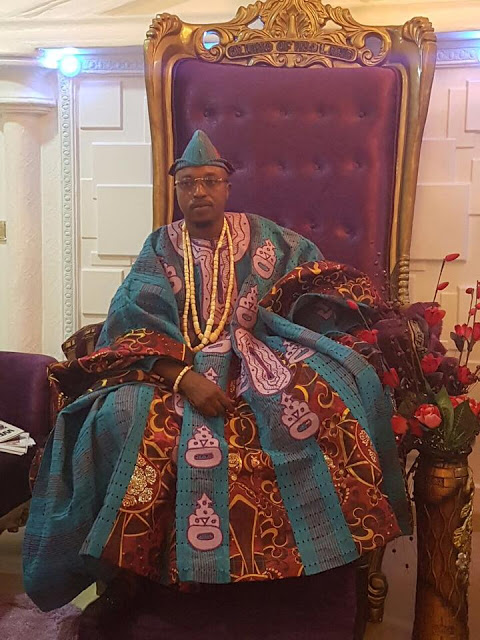 10. Kabiyesi was in the US last year. The pictures from his trip was widely shared by him on his Facebook account now hacked and taken down. Among the people he men there are Niyi Rufai (adeniyi.rufai@gmail.com, niyirufai@yahoo.com). Kabiyesi will also visit the US later this year to meet with Iwo indigenes in the States).

I have a strong respect for the lady involved because I have ladies in my family. I have written all these to the best of my knowledge and nothing more. Kabiyesi is also a man that does not turn down anyone so if you’re logical enough to have a reasonable conversation, email me for his phone number. But I seriously doubt if he’ll discuss his private life with anyone.