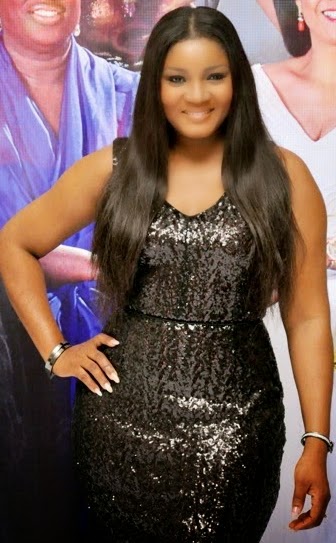 From 27th April, 2015, Omotola will be in South Africa to participate in a music thriller, accompanying a campaign song that will be performed by top African female singers including Omawumi (Nigeria), Judith Sephuma (South Africa) and Victoria Kimani (Kenya). The song will be co-produced by Cobhams Asuquo and Masterkraft.

The song will be used to promote the campaign across the world, and will be officially launched in Nigeria, Mozambique, and South Africa, during the World Economic Forum for Africa and the African Union Summit.

The campaign has a petition which calls on African leaders to fast-track the fight against poverty, by investing more in women and girls, and ensuring that resources put to the service of women and girls are transparently and accountably used.

Speaking about her new role as ambassador for ONE Campaign, Omotola said:
“I am fortunate to be a young woman living her dreams, a trailblazer of my generation. But I also recognize that many women and girls are not so fortunate. Women and girls are hit hardest by the effects of extreme poverty, but when we invest in women and girls, we increase and accelerate the chances of overcoming extreme poverty – for everyone. That is why I have joined the ONE Campaign’s Poverty is Sexist Campaign

Continue Reading
You may also like...
Related Topics:omotola jalade, one campaign, south africa