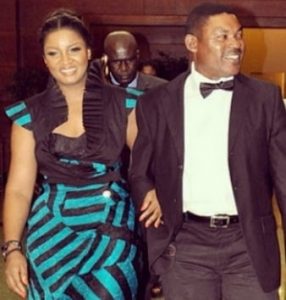 The very first time I saw her was in church. I have this sister who’s 51 years old, just a year older than me, she lives in Europe now, her name’s Theresa. Over the years, I’ve been telling her, look, organize your friends, I want to marry. Go and find me one of your friends that I can get married to. So, she had met Omotola in a church in Iyana- Ipaja called Solid Rock headed by Pastor Tessy. 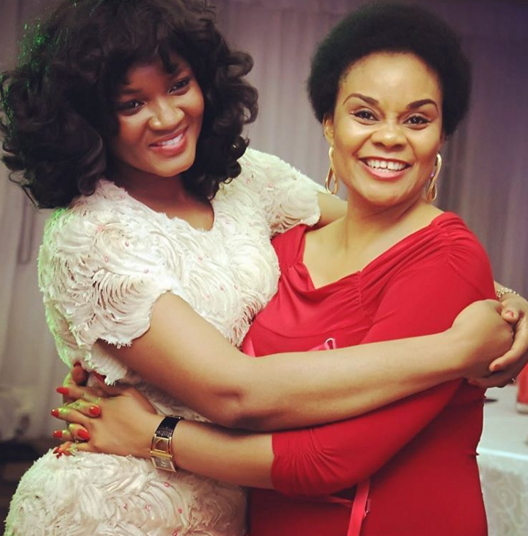 My sister was attending the church at the time. It was a small but nice, youthful church. My sister now came home one day and said, yes, you have been disturbing me all this while to get you a wife, I just found somebody. Come to the church next service (it was a mid-week service) and I’ll introduce her to you. So, on my way from work that Wednesday, I drove down to the church, went inside and sat at the back. I signaled to my sister to let her know I was in the church.

So, after service, she now introduced me to Omotola. I looked at her and I was like, hey, cute, fine, small girl! But when I found out then that she was just sixteen years old, I was surprised. She looked a lot older than her age. I was like, ‘Kai! This one is a misfire!’ I was like almost twenty six then. So, I said, okay, we’ll just be friends. And that was how we were friends for like two years and by the time she turned eighteen, I just saw her differently because all the while, I just saw her as a cute, fine young girl that was a friend of the family. That was it, there was nothing more than that. It was at her 18th birthday that things took a different turn.

She had told me to get her a birthday gift, it was like a week to her birthday then and I wasn’t in the country, I was based in the United States then, and was only coming down to Nigeria once in a while. A week after her birthday, I returned to Nigeria and got her a gift and left her a message to come to the house. I remember that day very clearly.

The house where I was staying had a sliding glass door and you had to move the glass door to come in. And when she slid the door and came in, it was like the scales just fell off my eyes. I now saw her differently from the way I used to see her. This time, I saw her as a wife material. So, immediately she walked in, I said happy birthday, sorry I’m just giving you your gift one week after, but I also want to tell you, I want to marry you! She just hissed and said, ‘abeegi! That’s what you guys say.’

Of course, within those two years that I knew her, I also knew her mum and the family. So, when she left, on my own, I went to see the mum and told her that I was going to marry Omotola. She was like, okay, fine, but why don’t you let her finish her university. Then, she just got admission to the University of Ife. I was like, well, to wait four years won’t be easy for me because it’s very risky. It’s either guys would give her a hard time in that Ife or put her under pressure and she’ll probably give in.

No, I wasn’t willing to risk that. She’s still a virgin now and I want to marry her a virgin, so that’s it. I told her I couldn’t wait for four years and she said, fine, you have to go and see the family. I went to see them and told them my intentions and the rest is history.