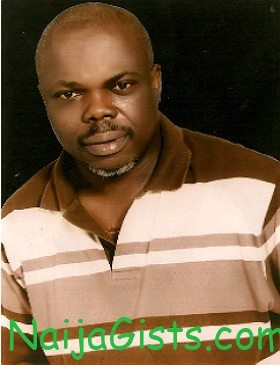 Top Nigerian movie producer and the director of popular comic show “Nite of A Thousand Laughs” has arrived Bangalore, India for a heart surgery operation. naijagists.com

According to a source, the producer has battled an heart related ailment for over 6 months and an urgent need for a corrective surgery has been mandated by his doctor.

Over 24 hours ago, Opa Williams disclosed his travel plans via his Facebook page when he was about to catch a Bangalore-bound flight from Dubai and it reads:

How things change, how new things, places, experiences spring up before you and take priority over all else. It’s 5.00 am and I am in Dubai waiting to catch a flight to Bangalore, Bangalore that name was never known to me some three months ago, even going to Dubai was not in my things to do list a month ago. But am here sitting and waiting for my flight to Bangalore south India and that will be like 6 hours from now. What’s on my mind? Get there and do this damn surgery and get back to Lagos and revisit my drawn things to be done for the year 2012. This was just a distraction that God has conquered.

We learnt Opa Williams has battled this heart condition for over 6 months. Before his condition get worse, his doctor mandated the highly needed surgery in India.

We wish him a successful surgery and quick recovery.

Stay in touch with NaijaGists for update on his condition.