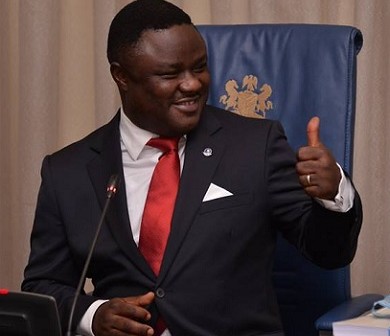 On the First day of May 2016, Governor Ben Ayade of Cross River State paid the state workers their May salary. We were told workers started receiving salary alerts when the Governor was addressing them in the stadium during the Workers Day celebration, usually held on May 1st.

When this news got to me something was not just right with it but I didn’t bother to check with myself whether it was good news or bad news. There was something just too good about it for me to bother checking whether it was right. I didn’t want to find out something was wrong about what I want to seriously believe was good.

Ayade is known to be one of the governors in Nigeria that pays his workers on time and regularly too. I have avoided joining the debate of whether this is an achievement. The truth is that, as far as I’m concerning, it is neither here nor there. I know that celebrating payment of workers salaries regularly and on time as an achievement should be a shameful exercise in a sane society. But why shouldn’t we celebrate the digital governor, when most of his governor colleagues are owing workers many months’ salaries?

So I commend the Governor for paying workers’ salaries on time and regularly; but please don’t ask me to count this as an achievement, that, I can’t do. I have totally forgotten whether Ayade paid salaries on the 1st of May until I got a call from a civil servant in Cross River State who feels aggrieved with the way her salary was paid that day. She feels that shouldn’t be a salary, so called. She told me she has not really made up her mind to go to court but all she wanted was my legal opinion on the matter.

Section 7(1) of the Labour Act provides that an employer shall give to his employee (not later than 3 months after the commencement of employment) a written statement, specifying, among other things, the rate of wages; the method of calculation, the manner of payment and the periodicity of payment. Section 7(6) of the Labour Act discountenances the need for a written statement where this particular has already been specified in a written contract.

Section 15 of the Labour Act provides that wages shall become due and payable at the end of each period for which the contract is expressed to subsist, that is, daily, weekly, or at such other period as may be agreed upon; provided that where the period is more than one month, the wages shall become due and payable at intervals not exceeding one month.

The stipulation in section 15, supra, envisages a pay day: a day defined by an online legal dictionary as “a day on which someone is paid or expects to be paid their wages.” Any payment before such a date cannot be said to be salary. It is either a bonus or a loan. And a loan must be requested. So, by all legal intents and purposes, the Ayade May Day payment can only qualify as a bonus. If the woman who asked for my legal opinion on this decides to go to court, I believe strongly that Ayade will be ordered to pay May salaries.

Salary is a payment for work done. What work did the civil servants do for the month of May to entitle them to May salaries on the 1st day of May? At the end of May after they have worked, they have a right to demand for their payments. The 1st of May payment can be taken as a 13 month payment. They are under no obligation to return it because there is something called salary bonus and that always comes unexpectedly as the May Day payment did.

And arguing that the civil servants should have saved the money paid on May Day is slow motion “abebebe”. Infact this argument is so hollow that trying to rebut it will be akin to dignifying it.

Somebody should tell our governor that campaigns have ended and governance started one year ago. Grandstanding and playing to the gallery are gimmicks that belong to the campaign trail. Knee jerk pronouncements and actions are counterproductive in the long run. Governance is not a show business or popularity contest.

Ayade is reputed to have the highest number of political aides, let him put them to use. His aides should do painstaking research before the governor embarks on the execution of any of his projects. So far, most of his signature projects are enmeshed in legal mud. His aides should be given new instructions; attacking people online is not a job. Most of them are very bright, Ayade should task them.

Where were the bright and young legal minds on Ayade’s team when he paid May salary on May 1st in clear contravention of the Labour Act? The governor should stop creating opportunities for people to distract him. What if this woman decides to go to court and mobilize a mass action against the governor? The same aides who didn’t work hard to guide their boss will appear online and talk of someone distracting the governor… meanwhile it was the governor who created the opportunity to distract him because he was more interested in popularity than governance.