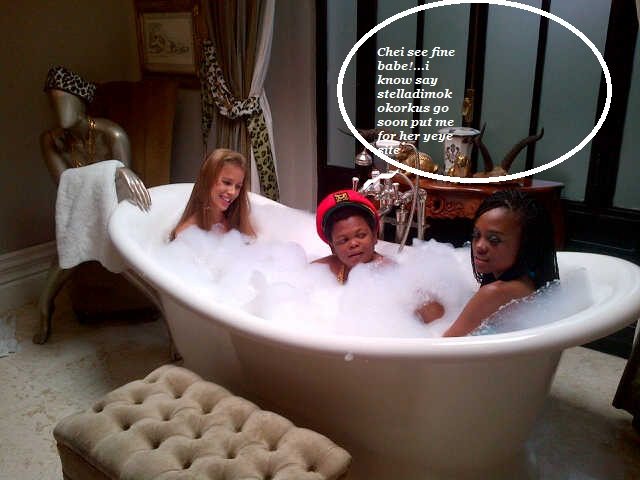 Nollywood comic actor Osita Iheme aka Pawpaw just released a photo shoot of himself and two sexy ladies in the bathtub. naijagists.com

The Photo shoot is a commercial done for a South African TV Network, VUZU TV. He  has just being made an ambassador of the TV, a deal which will fetch him $70,000.