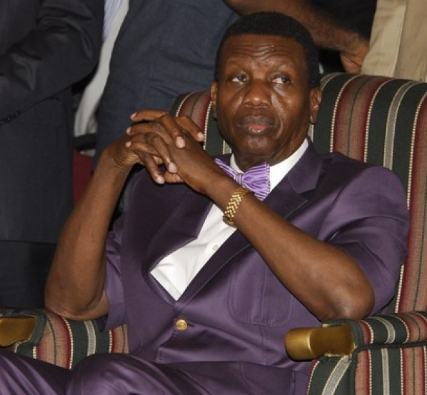 After the appointment of a new National Overseer for the Redeemed Christian Church of God, in compliance with the Financial Reporting Council of Nigeria (FRCN) law, which specifically limited the tenure of general overseers of churches to 20 years or 70 years of age, more pastors are kicking against the new directive on tenure of church’s leaders.

“If it is true that there is a law restricting the tenure of church leaders to 20 years, then, it is one of the most childish laws I’ve ever seen since I was born. The reason is, what if the general overseer started ministry at 70? The call of God and the law of the land are not the same. The call of God is a personal experience and encounter.”

He stated that there is freedom of worship in Nigeria and, therefore, “I believe such law should not even be heard because that is not the problem the country is facing at the moment. That is not the challenge of the country. We are in a state of emergency, as it were. We are in a state whereby it’s as if the whole system is collapsing and government is sleeping. I think government should be trying to revive the country, instead of passing a law on the church or Christianity, with regards to tenure of leadership.”

Apostle Okpe said government should not play God by deciding who “comes into ministry and who goes out of ministry. It is the call of God. If anybody in the capacity of Daddy Adeboye is resigning, as they claimed, on the weight of his age, I can understand that. I buy into that because he needs this body to do God’s work. I don’t want to agree that it’s because of the law that he is coming up with the new development. As

I said initially, the law, if it exists, is the most childish law I have ever seen since I was born. That is not supposed to be the problem of the government right now. The call of God is not by age and His operations are not tied to age or tenure. So, the government should not assume the position of God. I don’t think it will fly. It won’t work, as far as I am concerned.

So, why should such a law be made? As far as the work of God is concerned, it is not by human election.

The call of God is by divine election. For Pastor Adeboye to hand over, for example, it must be a decision from God. God must decide who takes over from him, not the government of Nigeria.

God decides when He wants changes to be made, if necessary. It doesn’t matter how many years a general overseer has been involved in ministry work.