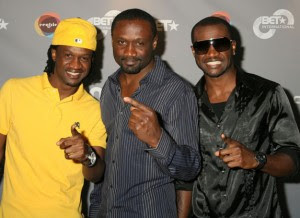 Y’all know that Nollywood movie producer and critic, Charles Novia must have a say to any breaking news or trending topic in the Nigerian entertainment industry.

Charles Novia has lent his voice to the ongoing P-Square breakup rumour, calling it a hype.

He further said the rumour is a pre-album launch buzz.

As earlier reported by NaijaGists.com, Peter and Paul Okoye on Wednesday engaged each other in a physical fight. They got separated by their dancers during a rehearsal.

Read what Charles Novia said about P-Square breakup story below:

“What these musicians will not conjure to trend!, Now, they say they are fighting and separated!Hype! new album pre-buzz. I know how it works”

Marketing or publicist stunt aside, the musicians are still having a tough time with their brother Jude but breakup is out of it for now.