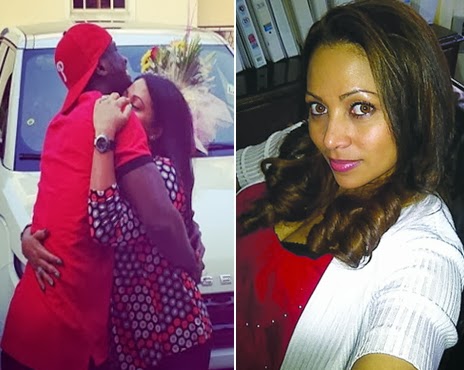 On Sunday the 17th of Nov, 2013, the highly anticipated traditional wedding ceremony of P-Square star boy Peter Okoye and his baby mama Lola Omotayo will take Lagos by storm.

The wedding will hold under close security at The Arc Events Center in Okunde Blue Water Zone area of Eti Osa, Lagos.

The star-studded event is by invitation only and guests have already received an invitation letter with access card.

The chairman of the event is the one and only Mike Adenuga Junior, the CEO of Globacom Telecommunication company. Comedian Gbenga Adeyinka the first will host the event.

According to Peter Okoye’s wedding planning committee, “Invitations have been sent out, except for few friends who are not in the country at the moment. Apart from the afore-mentioned names, we’re also expecting some other celebrities, which I don’t want to mention.”

Peter Okoye’s mother died a year ago but his father is still alive.

Mr Okoye will lead other siblings from their house in Ifite Dune in Akwa Village, Anambra state to Lagos for the traditional wedding.

33-year-old Peter is the first celebrity son of Mr Okoye to marry. His twins brother, Paul Okoye is also engaged to marry his long-time lover and baby mama, Anita Isama but no date has been picked yet.

The elder brother and the manager of P-Square, Jude Okoye is 38-year-old.

Jude is yet to be linked romantically with any lady but sources claim he is seeing someone.

Happy married life to Peter and Lola in advance.