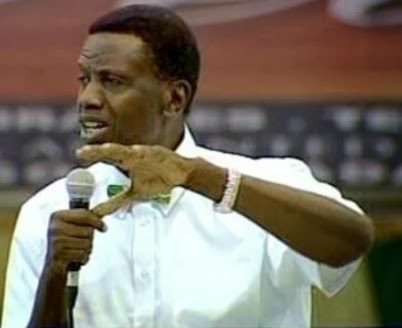 Pastor E.A Adeboye, the GO of RCCG church worldwide has released his God-given prophecy for the year 2014.

Fondly called Daddy GO, during the Crossover Service that held at the Redemption Camp on New Year’s eve, he said God told him Nigeria’s future will be determined in 2014 in contrary to the expectations of many citizens.

Adeboye further said God told him that the “equation at the beginning of 2014 will be different from the equation at the end of 2014, therefore, don’t jump to conclusion,” adding that he would not make open the other prophesies about Nigeria which God revealed to him.

Pastor Adeboye also prophesied that there would be major breakthrough in medicine and science this year, adding that “God wants us to pray against noisy and highly destructive storms.

“Last year, He told us that the weather condition will be terrible before getting better. We also need to pray against monumental fire outbreak.”