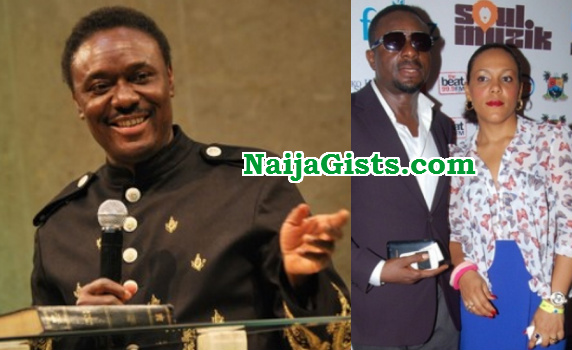 After 16 years of marriage, a Lagos Customary court has finally dissolved the much celebrated union between Emeka Ike and his wife Emma.

Emma Ike’s now estranged wife filed for divorce when she consulted with controversial Pastor of Household of God, Rev Chris Okotie for help regarding her marriage problem.

Though many blamed the MOG for the crash of the union that produced four lovely kids, Chris Okotie has come forward to claim innocence.

On the advise of Okotie, Emma is said to be planning to have a press conference on what led to the crash of her marriage and how Emeka Ike humiliated her and turned her kids against her.

The planned press conference which many believe is unnecessary has become a thing of concern for Emeka and his friends.

In order to protect Emeka Ike’s reputation, his friends are said to be bullying Emma into submission.

Here is what he wrote on the social media: 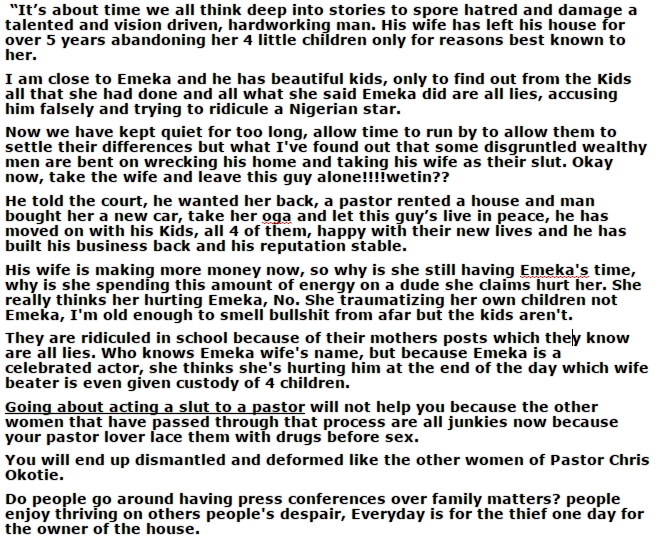