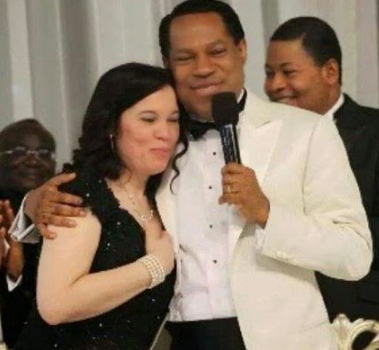 Members of Christ Embassy Church Worldwide are in for a surprise as the First Man of the House is planning to take another wife in a bid to prevent sexual sin.

Pastor Chris Oyakhilome whose marriage to Anita crashed like a sand castle in 2014 is planning to remarry.

Insiders at CEC said the self acclaimed evangelist whose beautiful wife Anita Oyakhilome filed for divorce in 2014 is planning to take a new wife secretly over his inability to save his marriage and practice what he preaches.

Although he is yet to announce this openly, sources close to him said a large segment of his followers is already aware of his plan to marry another wife and that a lot of fair-skinned ladies in the church home and abroad have started jostling to become the next First Lady of CEC but the dandy Pastor is reportedly not interested in any of them.

Sources disclosed that the man who is very attracted to mixed ladies will surprise his followers if he eventually reveal the identity of the next Mrs Oyakhilome.

As he prepares to take a new wife, his ex-wife, Anita Oyakhilome has changed her last name back to her maiden name. She is now being called Miss Anita Ebhodaghe.