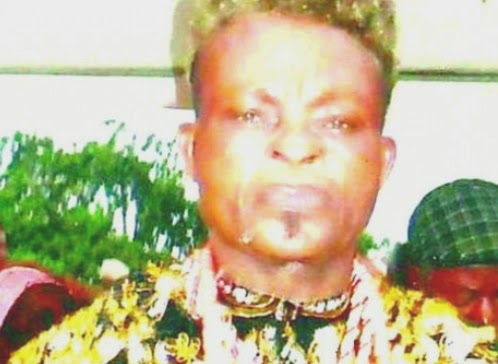 How Ekpe Secret Society / Cultists Killed Pastor During Burial Of Their Member In Asaga Ohafia, Abia

Silent town of Asaga-Oha­fia in Ohafia LGA of Abia State has been thrown into a deep shock and controversy following the death of a cleric who dropped dead while conduct­ing the burial service of a renowned herbalist.

Saturday Sun gathered that Pa Oji Okoko, who was not only a notable herb­alist but a leader of some powerful cult groups such as Uke Abaa, Akpan and Ekpe, had warned his family before his death that his corpse should not to be taken to any church for funeral. However, his burial few days ago was turned to a show of power in the community torn between two religions: Christianity and idolatry. The same town has produced Nigeria’s Ambassador to Canada, Chief Ojo Maduekwe and popular Evangelist, Rev Uma Ukpai who has taken evangelism around the globe.

Findings showed that the man at the cen­tre of the controversy, the late Pa Okoko, a native of Nde Uduma Ukwu compound in Eziukwu village, Asaga, Ohafia in Ohafia local council, was a great hunter, a farmer and native doctor of repute. Being a mem­ber of several traditional and cult groups in his community like Uke Abaa, Akpan and Ekpe, Pa Okoko, before his death at the age of 104 years, was said not to have entered any church in his life time.

A polygamist married to six wives that bore him 26 children, Okoko was said to have called his first son, Kalu Oji Okoko along with others at a point when he knew he was nearing his grave and warned not to deposit his corpse in any mortuary when he dies and never to take him to any church or conduct any Christian funeral for him.

It was learnt that the order was to en­sure that his traditional group members, particularly the Ekpe society, would con­duct his burial ceremonies and rites. Pa Okoko’s children and close relations re­portedly acceded to the latter request but pleaded with him to rescind his decision on the former, in the sense that putting him in the morgue when he breathed his last would afford members of his Ekpe group and others enough time to prepare well for his burial. This he accepted, but taking his body to any church was no-go area.

Saturday Sun gathered that when Pa Okoko eventually died last month, his chil­dren decided to respect his wish by depos­iting his corpse in a morgue in the area but were not interested in organising a church funeral service in his honour. Trouble, however, started when the maternal side of the deceased’s family on whose shoulders Igbo customs place much of the burial re­sponsibility prevailed on the children and close relations of the late centenarian that  church service be conducted for him. In order not to give room for any hiccup dur­ing the burial, as according to custom, the maternal family members could disrupt the ceremonies if their opinion was not factored in, some of the children of the de­ceased acceded to the request.

Ahead of the burial ceremony on Satur­day, March 29, 2014, the family was said to have contacted a pastor of one of the churches in the area who agreed to offici­ate at the funeral.

So, on the day of the burial, the Obu (na­tive hall) near the Ikoro ukwu Asaga where the body of the late centenarian was laid in state was decorated to suit the occasion. When the corpse arrived from the mortu­ary, it was reportedly taken to the inner sanctuary of the Ekpe society where parts of his body were robbed with the symbolic Uhie before he was brought out for the open-air interdenominational church ser­vice. But before the service started, words came to the family members that the pas­tor, who was to officiate, would no longer be coming as his wife was delivered of a baby that morning which made him to be shuttling between home and hospital.

“The enlarged family members hur­riedly went for another pastor who actu­ally came to the venue, but having perhaps assessed the spiritual implication with its looming disaster, he declined to officiate and took a walk away”, a family source hinted. But determined to have a pastor to officiate at the funeral, the family mem­bers went for a third one, Pastor Okipet Odum of the Sanctuary of Hope Church, Asaga, Ohafia who also happened to be a native of the area. Pastor Odum, who had a church programme that was supposed to run through that weekend, agreed to offici­ate at a fee and was paid upfront.

Before his calling, Pastor Odum was said to be an employee of a defunct Com­munity bank in the area and until his death, in addition to being a pastor, owned a shop in front of Ebem Motor Park where he sold GSM phone accessories.

Ominous signs of what was to come be­gan shortly after Pastor Odum began the open air funeral service. Soon after those at the ceremony took their seats under the bright and sunny weather, rain began to fall amid lightening and heavy thunder storms. This forced the casket bearing Pa Okoko’s remains to be taken back to the Obu. Immediately that was done, the rain was said to have stopped instantly. To the chagrin of those around, as soon as the cas­ket was brought out the second time for the continuation of the service, the rain started again this time in greater proportion. At that point, Pastor Odum, who went ahead with the conduct of the funeral service, suddenly collapsed. There was commotion as family members and others who were at the venue ran for their dear lives. Mem­bers of the Ekpe society who like their late member had opposed the church service and had all the while stayed afar to watch proceedings, hurriedly came and attempted to carry the casket to their member’s final resting place.

While trying to do that, another equally strange thing happened. As the members attempted to lift the combination of wood and glass casket from the wooden table it was placed on, the bottom pulled off and the corpse dropped on the long table, send­ing more fears into people.

While the Ekpe society members suc­ceeded in carrying their late member to his final resting place for burial, the pastor was rushed to a nearby hospital. Saturday Sun was told at Asaga, Ohafia that the first hos­pital Pastor Odum was taken to, refused to admit him on the excuse that his case was spiritual which also required spiritual solu­tion. The same scenario was said to have played out at the second hospital.

Prayer warfare was said to have been waged between that Saturday the incident happened made him to be taken to his pened and the following Monday when he eventually died. ­

When Saturday Sun visited Asaga, Ohafia for a first hand information on the incident, the first port of call was the palace of Ezie Ogo Asaga (the traditional Prime Minister), Ezie Ogo Mi­chael Mmecha Ndukwe. On ar­rival, he was not around, but after some long wait, he came in and expressed delight over the visit. He narrated the story but added that Pastor Odum did not die as a result of any supernatural force.

According to Ezie Ogo Nduk­we: “Most of those who know the late pastor too well will attest to the fact that prior to his death, he was sick. We know him to be suffering from hypertension for some time and nothing would have killed him other than that. I want to tell you that his death was natural, he could have died any other day under the same cir­cumstance.”

The monarch, who said he was a Christian as well as a tradi­tionalist like most of his subjects, stated that traditional groups in the area are not majorly secret so­cieties and debunked the rumour that the pastor may have died as a result of some supernatural pow­ers.

When Saturday Sun visited the family of the late Pa Okoko at Eziukwu Asaga Ohafia, they re-echoed what their Prime Min­ister said. According to the man’s eldest son, Kalu Oji Okoko, “our father was never a bad man when he was alive, he never killed an ant. His major preoccupation was to heal those afflicted with all manner of incurable diseases; he did not hurt a fly when he was alive. Those who are insinuating that the pastor died as a result of my late father’s diabolical pow­ers are not fair to the man and the family as a whole. Although I was not at the church service and wit­nessed what happened, from what my siblings told me, the official minister died a natural death.”

However, another of the late Pa Okoko’s son who gave his name as Joseph Iro Oji gave a different version of the pastor’s death. His words: “My father was not responsible for the death of the pastor in anyway. It was those traditionalists who were opposed to the burial of our father in the Christian way that spiritually pinned the man of God to death so that they could have their way. If our father by whatever means could cause the death of the of­ficiating minister, why did he not kill us his children who partici­pated in the church service. The truth remains that the man of God was sick and that was the major source of his death.”

Some residents of the area, who spoke to Saturday Sun on the incident, blamed the pastor for what befell him.

“The pastor died due to diso­bedience”, one of them started. “Why did he not respect Pa Okoko’s wish? He was from the same area and knew how strong the man was when he was alive and because of pecuniary reason, he decided to conduct the funeral service when other men of God backed out.”