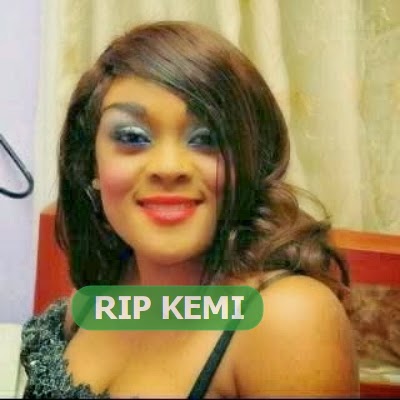 Another beautiful soul has died in this our dear country.

Pictured above is a popular Fuji choreographer who passed away on Wednesday night at an undisclosed private hospital after her husband couldn’t pay the required money to carry out an emergency Caesarian Section operation on her when her delivery resulted in complications.

According to the friend of the deceased, all efforts to get the doctor to perform the operation proved abortive over her inability to pay the surgical operation money upfront.

Recall that Wednesday was Nigeria’s independence day (public holiday), her hubby couldn’t get the money because all banks have closed. He however pleaded with the doctor to save his wife’s life that he’ll bring the money on Thursday but the evil doctor refused.

Kemi who sent out an emergency help message to her friends got a response that they would give her the money on Thursday. She gave the phone to her hubby who took it to the same evil doctor with the hope of getting a positive response but the man said he would not move an inch until the N300K is produced.

Kemi reportedly gave up the ghost in the process.

The deceased got married on Sept 13, 2014 at White House Event Hall on Toyin Street in Ikeja Lagos.

Read what her friend said:

“The hospital killed her with their negligence and wickedness. Kemi would have lived if they had done the operation on time but money was more important than a young woman’s life.

“Kemi’s husband said he would pay the money the next day but the doctor refused and stated categorically that he would not move an inch else he pays 300,000. It was at that point Kemi decided to forward messages to people she knows so she could get help. She got responses that money would be made available to her the next day. On hearing that the husband went to beg the doctors again, still they refused.

No bank was opened and nothing could be done until Thursday October 2nd but unfortunately she gave up the ghost that night. My point is, the doctors knew she had to go through emergency C&S. they could have saved her life and get the money later. Nigeria is a very bad country I must confess.”

That animal in human skin must be brought to justice for double murder.

This is why many Nigerians prefer to travel abroad to deliver their babies, with situations like this, can we really blame them?

Chei!!!! So painful, may God comfort her hubby and her family.