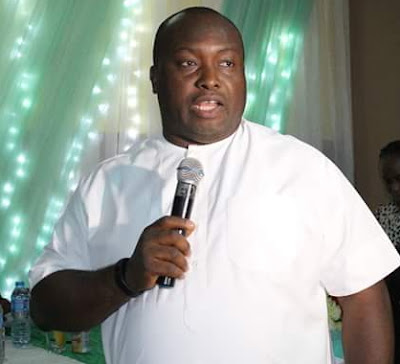 September 22, 2017 – PDP: We Suspends Ifeanyi Ubah For Refusing To Apologise To Party Leaders After Vitriolic Attack

The party’s National Publicity Secretary said Ubah was suspended for allegedly carrying out a ‘vitriolic’ attack against the leadership of the party in the aftermath of its governorship primary in Anambra State.

Prince Dayo Adeyeye, disclosed this in Abuja on Thursday while briefing journalists on the outcome of a meeting of the National Caretaker Committee.

He said Ubah, who came third in the Anambra PDP governorship primary has been suspended for one month.

The party also queried Senator Kashamu Buruji over alleged anti-party activities but Adeyeye said Buruji had already responded to the query, denying some of the allegations against him.

The party spokesman said the caretaker committee at its meeting yesterday resolved to refer Uba and Buruji to the PDP National Discplinary Committee for further action.

Adeyeye said the disciplinary committee is expected to report back to the caretaker committee in two weeks.