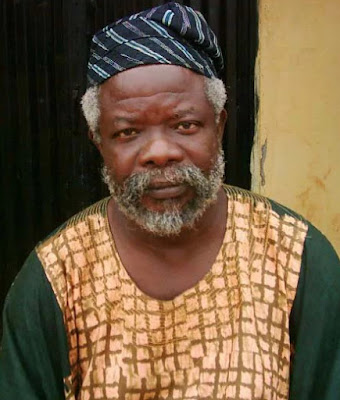 Why Did You Become An Ifa Priest

Because, I was a herbalist before I joined Ori Olokun theatre; I am a herbalist to the core. I became Ifa Priest at the age of 18. I was still practicing as an Ifa priest, while performing at the theatre at the same time I attended my education.

You took after your father, who was the Chief Head of Ifa Priest?

I am presently the Olu Awo; that is I am the head of the Awos in Ekiti.

Do you receive message on stage, while chanting in praise of the deity?

When I am on stage acting Ifa role, I will not go to spiritual realm so as not to affect my co-actors on stage.

I know my limitations, If I want to make it real, it will affect those people acting with me; so I know how to discipline myself and it will be perfect.

And all the three I can play successfully because they have the same quality on how to handle it, the same factor. Go and watch “Odun Mbakun” by Iya Rainbow company, I am the Alagba Peteru, Oludasile, the head of that church. Everybody commended me; they said how Babalawo can turn to Apostle, so easy.

You look so unkempt with long bear and hair. Is that the characteristic of an Ifa priest?

That is my own character, which is my own style. I allowed it to grow naturally, because the first set of people that came to this world, who was their barber? And where is there barbing salon?

When I relax is to drink holy water, which is palm wine. And If I don’t see palm wine I go for Gulder.

Do you feel offended when you are called Ifa Specialist?

I feel happy because my father was an Ifa specialist when he was alive. Looking at my father as a mentor, I wanted to become like my father and I did. Today if anybody calls me Ifa priest or Ifa specialist, the person is praising me. It is like a person who grew up in the missionary family and became an Apostle or Reverend; he or she will be happy the same way I am happy to hear people call me an Ifa Specialist, and I am.

I have three wives. I want be like my father who married more than seven wives and I am the 16th position in the family and we all live happily when he was alive and after. 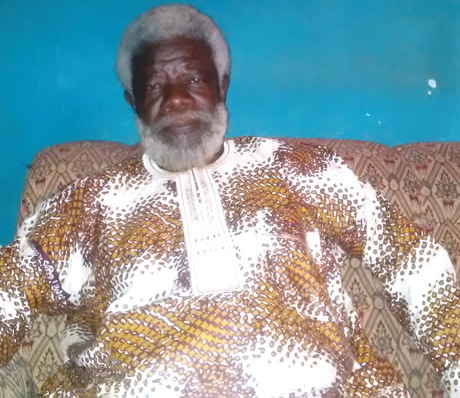 It is not because of economy, it is because of my health; and I am aging that is why I cannot marry as many as my father did when he was alive.