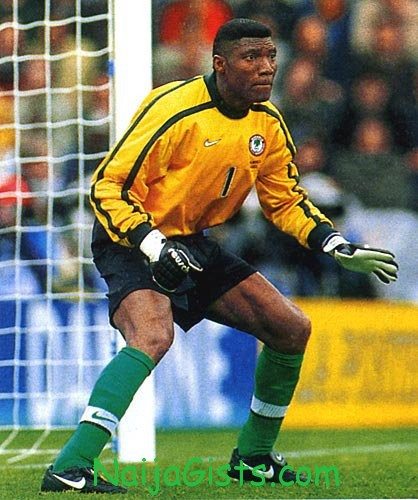 Madam Christiana Rufai passed away on Wednesday after an old age-related illness.

Peter Rufai popularly called Dodo Mayana in the early 90s was at the training base of his football academy when his elder sister called him.

Peter Rufai was one of the most talented goalkeepers Nigeria ever had. He holds #1 spot for years which include France 98 & USA 94 World Cup.

May his mother’s soul rest in perfect peace.