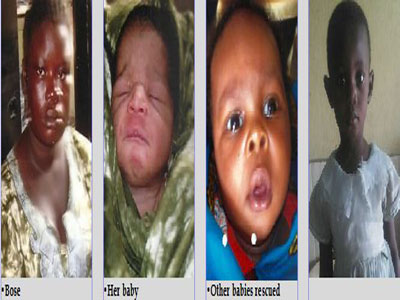 While two of the babies were successfully abandoned at different locations of Festac Town, the mother of the third, 27-year-old Bose Ojo was caught after dropping the about three-week-old child near a gas station on 21 Road around 9am on July 27, 2016.

When The gods Cry: Nollywood Acting Auditions Hold In Lagos, Calabar & Enugu For 7000-Cast Movie
Uche Ogbodo Under Fire Over New Haircut, See How Fans Disagree With Her New Look