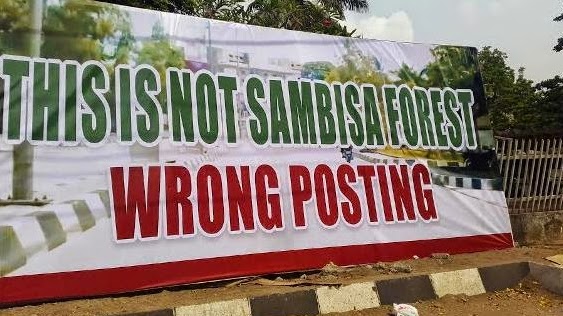 The banner pictured above was installed overnight at the official residence of APC leader, Ashiwaju Bola Tinubu in Ikoyi area of Lagos.

This came 24 hours after battalion of soldiers besieged the house of the politician for no just reasons.

Yesterday another round of soldiers were spotted roaming about Tinubu streets.

Sambisa Forest in Borno is the stronghold of Boko Haram terrorists housing over 50 training camps.

Tinubu wants the Federal Government to put the military to good use instead of using them for political intimidation and it makes perfect sense.