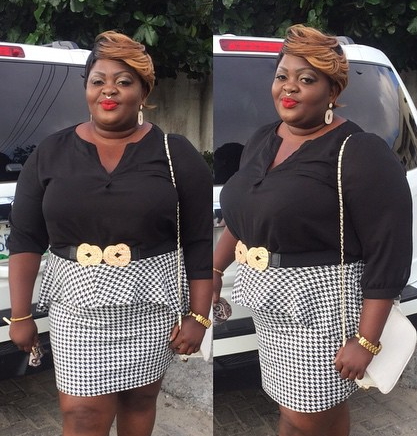 The plus size actress wore this to an interview in Lagos yesterday.

Her outfit and slimmer look attracted a lot of positive comments from fans but they are not that impressed with her nose ring.

Her fans believe a professional actress of her calibre should not be wearing a nose ring to an interview. 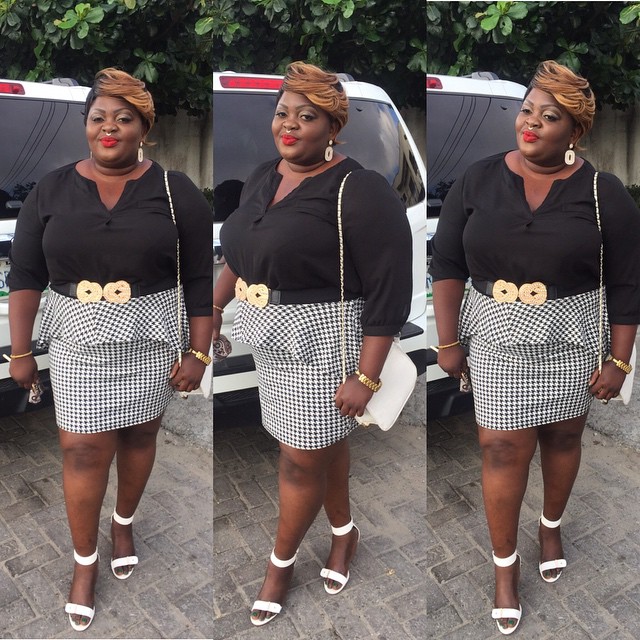