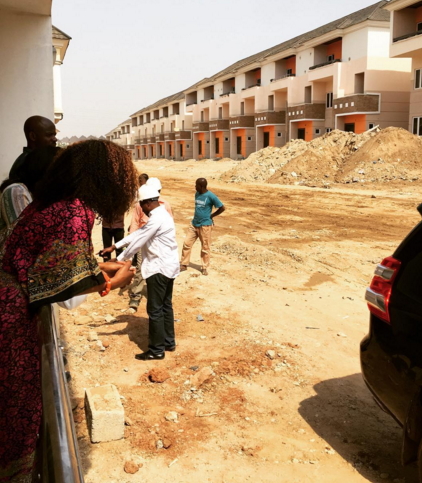 Chief Genevieve Nnaji took to her official IG page yesterday to share a photo of her newly acquired home in Apo Dustse area Abuja with her fans.

The ultra modern home which cost a whopping N29 million is still under construction.

Hear what the fan said:

“If this is being built in your hometown, I’m proud of you but if it’s being built in Ghana or Lagos, I’m not happy. I’ve often wondered why some of you Ibo celebrities can’t get together and develop Ibo land. Every day you guys are in Dubai, America, Europe, South Africa which isn’t a bad thing. Why can’t the Ibo speaking areas be developed in similar fashion that people from all over the world would want to come and visit and add to the economy. Maybe God raised some of you up like He did Esther in the Bible…just a thought…have a pleasant day…” 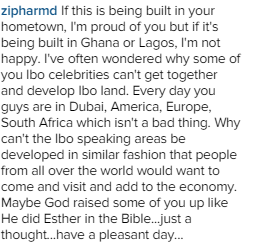 Lagos-based Genevieve Nnaji has another mansion in Lekki.