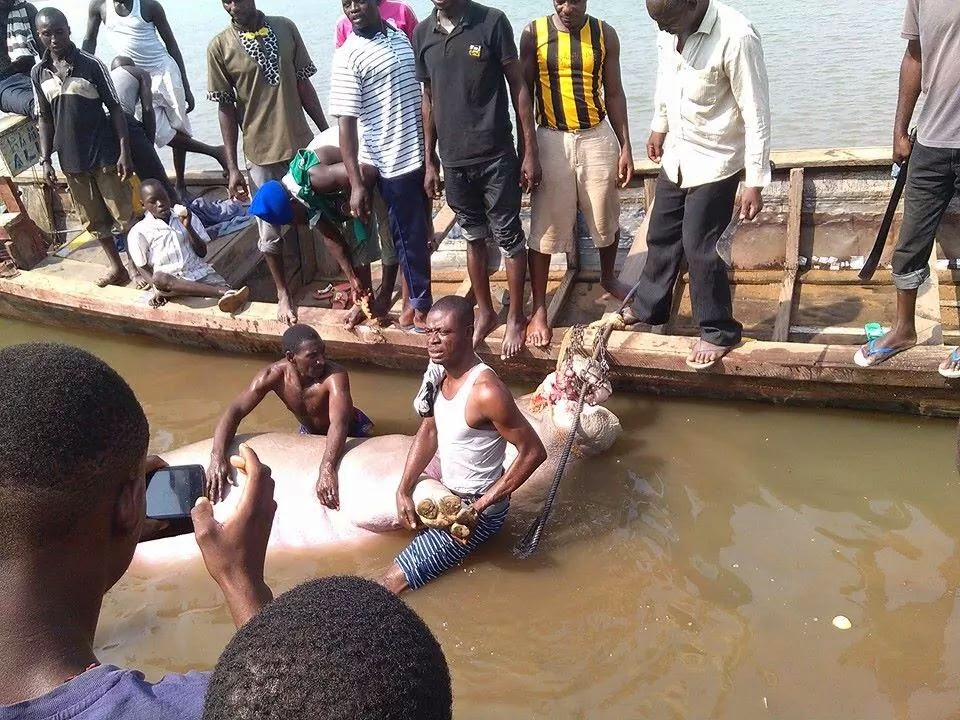 On Thursday, a giant hippo was caught by fishermen fishing at the popular River Benue in Makurdi, Benue State.

The endangered animal caught the attention of area residence who gathered to witness what the fishermen tagged a breakthrough while others seek to have their own portion of the sea animal.

One of the fishermen identified as Kar said they were all excited to kill one of the animals terrorizing them.

However a University graduate who resides in the area was not very pleased with the way the fishermen killed one of the huge hippos in the river.

Sonia Ajoko said, “Apart from the fact that we often take the glimpse of these hippos that usually come out of the waters, it is also not legal to kill such endangered animals.”

She urged authorities to ban killing of hippos in River Benue to preserve the endangered species.

Must they kill the hippo, why not capture it alive and take it to the zoo… Naija Na wa o