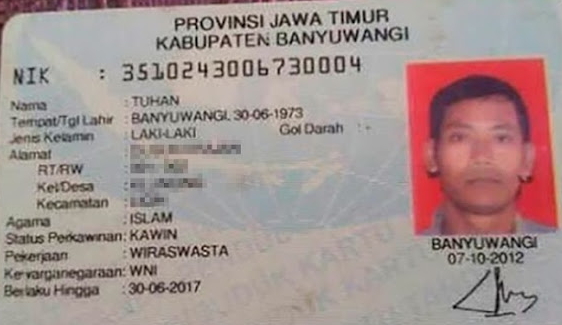 A man named Tuhan by his parents in Indonesia has been ordered to change his name in order to have access to public services.

According to local media in Indonesia, the 42-year-old carpenter named Tuhan meaning God has become a focus of public attention in the past one week after a copy of his ID card spread over the net.

Indonesia’s Islamic council Chairman, Abdusshomad Bukhori, said that the man, as a follower of God, “violates (religious) ethics” by using the name and should either change it or add something before or after it.