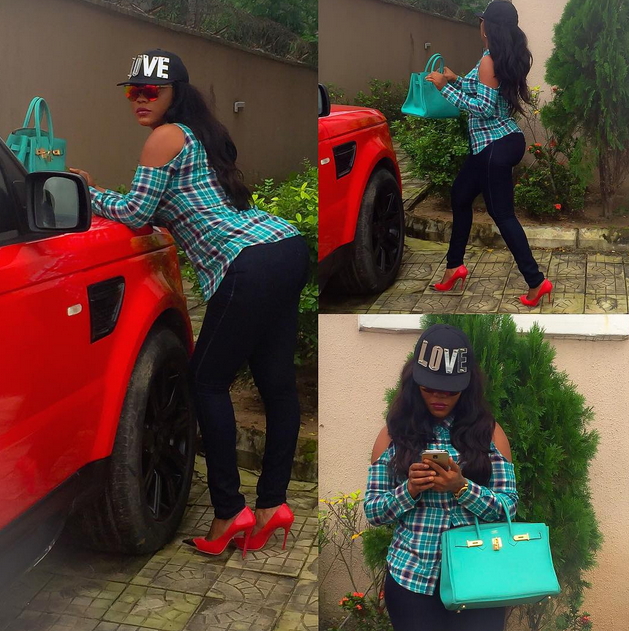 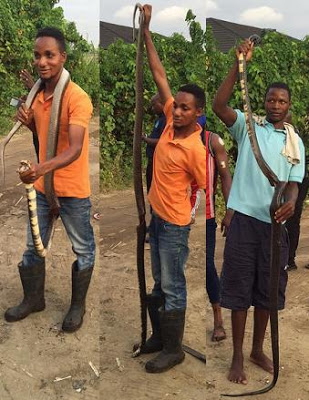 According to her, the huge monster above was killed in her backyard while trying to digest a rat.

Check out what she told fans  yesterday.

“Am still in shock..but I ve to share dis wit u guys. So dis beast was kill yesterday in my backyard,my house girl saw it resting on my fence after swallowing a big rat and it couldn’t move, so she freaked out and called my gateman who kill it. Dis is the biggest and longest snake I ve ever seen in real life, u needed to ve seen it in real life dis pictures didn’t really show the size, am just so grateful to God for protecting me and my household, I thank God for making us see it cos i wouldn’t ve known der was a beast like dis in my compound. Thanks be to God.End of the story dis men went to roast it and said dis na better meat o madam na wa o. Do u eat snake meat?”. 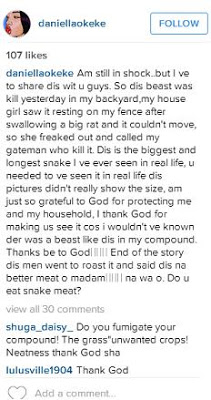 Thank God this kind of snake didn’t enter her house.