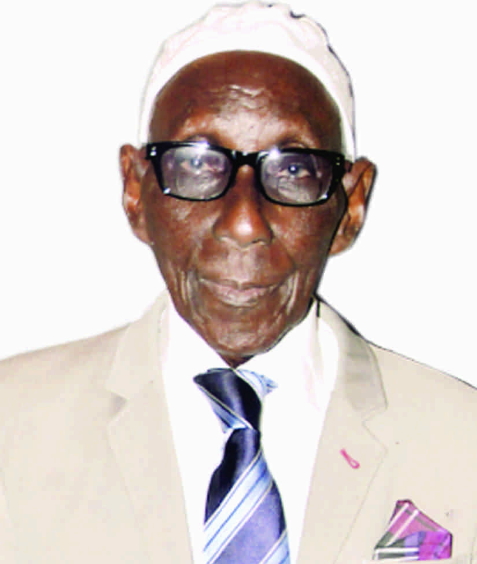 Age is a number, they say, but Yemi Shaba recently encountered another cogent example in 79-year-old insurance salesman, Alhaji Afolabi Shansa Omotayo, who still trudges the streets, with remarkable success.

The basic retirement age for workers in Nigeria may be 65, but that is not an issue with Alhaji Afolabi Shansa Omotayo, 79-year-old an insurance salesman who is still very much at work. He will continue, he says, for as long as he is fit and able.

This reporter’s first contact with Pa Omotayo was at the Lagos State Secretariat, Alausa, Ikeja; next (same day) was in a bus en route Oshodi, where he displayed so much strength and confidence, even calling the bluff of the usually unruly conductor. At the bus terminus, this reporter lent him a helping hand and got rewarded with his complimentary card and an invitation to visit for an interview.

The card bore his name, his designation as a sales representative of American International Insurance Company (AIICO), Ilupeju office address and his qualification, LLB. London.

On the appointed interview date, Omotayo’s face lit up with excitement as he beheld his visitor. He was born on the 1st of August 1937 to late Sanni Abudu, a famous trado-medical practitioner in Central Lagos, he began. He got his first job as a Sanitary Inspector with the Lagos City Council on completion of his secondary education at National High School, Ebute-Meta, Lagos at age twenty-one.

He had always wanted to read Law in England because being a lawyer at the time was the ultimate, but his father resented the Law profession because he believed that lawyers were not fair in their practice.

Nevertheless, he secretly saved up for his ambition. The young Omotayo told his uncle Late Kayode Fashina of his plan and he got him a (British) passport. He resigned his council job in 1961 and proceeded by sea to England.

On arrival, his first job was with the West Central Post Office, High Holbein, London. Pa Omotayo recalled that the interview was more of an interaction based on soccer (He had stated in his resume that he was captain of his school’s team).

He immediately registered for General Certificate of Examination (GCE) ‘A’ Levels, studying privately while working. Later his wife joined him and they had two girls. The marriage was however cut short by his mother-in-law, who requested that her daughter came back to Nigeria. In spite of everything, he managed to pull through, taking his girls to a nanny, while he continued with his studies.

In the course of his travail, he reconsidered his preference for law and his father’s objection. His familiarity with the postal terrain helped his option for the College of Distributive Trade Charring Cross Road. To enable him practice as a certified salesman, he sat for the London Chamber of Commerce Examination and made Distinction in Salesmanship and Sales Management.

Thereafter, Omotayo enrolled as an external student at the West London College for University of London to read Law. He was able to get to intermediate level, majoring in Law of Contract because of its relevance to salesmanship and sales management, and graduated.

He got a job with the Investors Overseas service U.K, an insurance firm in London in 1967.

Due to his penchant to be finicky with food, Omotayo said he took up a job with a dairy factory to augment his earning.

In 1973, he returned to Nigeria with his daughters and immediately took up a marketing job with Vivian Younger and Bond (VYB), a British company in Nigeria. As a way of adjusting to the environment, he attended a management developing course on field sales management and supervisory management VYB.

At the moment, he has over 200 regular clients and attributed his success to dedication, honesty and true representation of the insurance company to his client. His performance has also earned him an award as the second leading persistent agent in Nigeria back in 2001.

Surprisingly, Omotayo says he enjoys warm reception from his clients even at first meetings, claiming that his age has been of tremendous advantage. He also says some clients get drawn to him out of curiosity, while some just feel they are in safe hands.

For those who however express fears of uncertainty vis-à-vis making their claims in case he dies, he says he always allays their fear with the assurance that the company will immediately appoint another person to take his place. 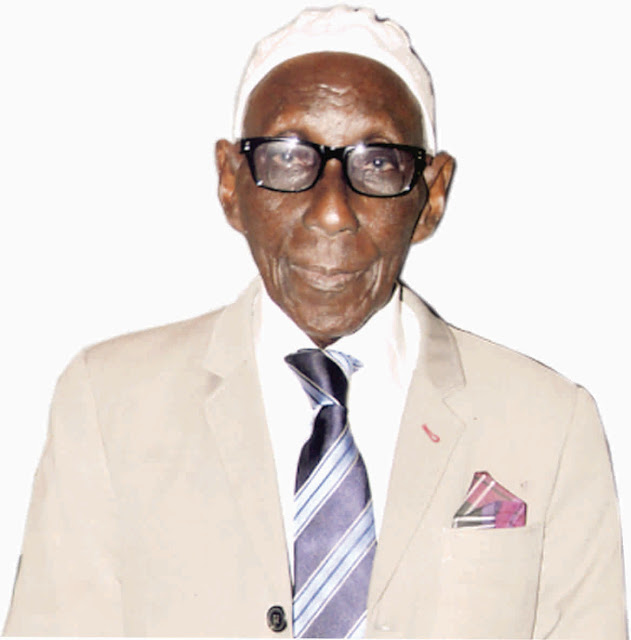 As a salesman, he assures his clients of quality service and takes time to explain insurance policies and their importance. Interestingly, he exhibited no trait of forgetfulness or senility, as is generally associated with his age group. Even when he misplaced his mobile phone, he was able to recall more than twenty numbers off-hand, including this reporter’s. He also says he has never fallen ill and never misses an appointment for any reason. Not even the rains can deter him; hence he goes about with his umbrella.

Omotayo recalls his response when a curious client once asked him why he is still working at such an old age: “I told him that working is my way of glorifying God. I also told her to thank God for my wellbeing and fitness to still function.”

Asked how he managed to get the AIICO job even in his sixties, he said confidence. He had no doubt he’d secure one, and his first call at AIICO office paid off because the MD trusted him to deliver.

Using himself as an example, Omotayo wants the government to consider taking up retired people who are still physically and mentally fit for employment, to draw from their wealth of experience.

As his contribution to an industry he knows so well, Omotayo looks forward to partnering with interested organisations that may want to train young unemployed people in insurance salesmanship.

[By Yemi Shaba, The Nation]