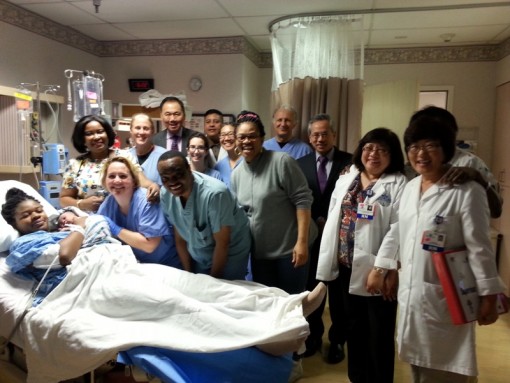 Ada Igonoh was the only female doctor who survived the deadly disease.

She has been placed under close medical watch since her conception to ensure her baby is Ebola-free.

Upon birth, the little Igonoh has been certified Ebola-free.

Nigeria was officially declared Ebola-free on the 20th of October 2014.